Here We Go: Paul Manafort Will Be Asked to Testify in Front of The Senate Judiciary Committee 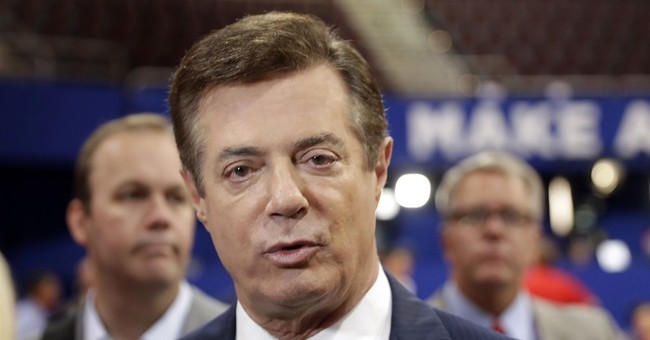 The Senate Judiciary Committee, headed by Chairman Chuck Grassley, will call on former Trump campaign manager Paul Manafort to testify about his role as a foreign agent for a pro-Russia political party in Ukraine.

“My motive for bringing him to the committee is because of other involvements with whether or not the Foreign Agent Registration Act has been adequately enforced by this administration and by the Obama administration because I think it’s been lackadaisical enforcement and he would be an example of that lackadaisical enforcement,” Grassley said, as reported by the Des Moines Register.

Just weeks ago, Manafort retroactively registered with the Department of Justice as a foreign agent after being paid more than $17 million overseas.

Jason Maloni, a Manafort spokesman, suggested that what Flynn did was worse. “Paul’s work ended well before he joined Candidate Trump’s campaign,” Maloni said in a statement. “Unlike Flynn, Paul was not simultaneously working as a foreign agent while he was working for Trump.”

Maloni did not say directly why Manafort didn’t disclose his activities at the time. Willfully failing to report under the Foreign Agent Registration Act is a felony, but the Justice Department rarely prosecutes violations.

The announcement comes just one day after emails were released by Donald Trump Jr. showing interest in receiving damaging information about Hillary Clinton from the Russian government. Donald Jr. accepted a meeting, along with Manafort, with a Russian lawyer claiming to have ties to the Russian government in June 2016. Grassley said questions about that meeting and Manafort's role could also come up during questioning.

“If he [Manafort] comes before our committee, and we’ll subpoena him if necessary," Grassley said. "Then obviously it’d be appropriate for anybody to get into anything that went on at that meeting, since he was at that meeting."

Manfort left the Trump campaign shortly after the 2016 RNC Convention in Cleveland, which is when Kellyanne Conway, who now serves as a special advisor to President Trump, took over.

As reported in May, Special Counsel Bob Mueller is putting Manafort and former White House National Security Advisor Michael Flynn under a microscope as part of his investigation into Russian meddling in the 2016 presidential election.