The Republican Challenge on Healthcare 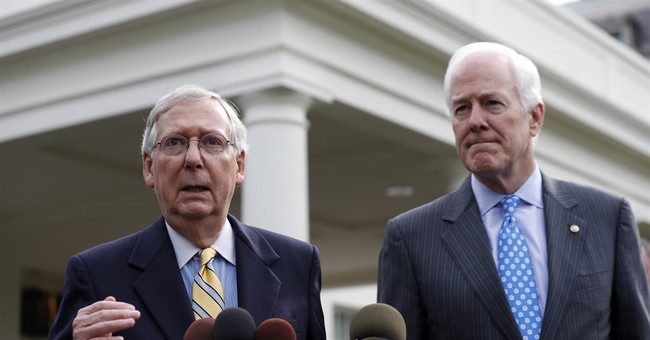 With just under three weeks before the 2017 August recess, Republicans on Capitol Hill are starting to press the panic button on healthcare reform. After all, they’ve been promising for years to repeal Obamacare and legislation set to be introduced in the Senate could be dead on arrival.

“I am very pessimistic,” Iowa Senator Chuck Grassley said Tuesday during an interview on Fox News about the odds of a bill passing.

“My view is it's probably going to be dead," Arizona Senator John McCain said on Fox News Sunday.

"The bill is just being lit up like a Christmas tree full of billion dollar ornaments. It's not repeal," Kentucky Senator Rand Paul told Fox Business.

With zero Democrats on board, Majority Leader Mitch McConnell can only afford to lose two Republican votes, presenting a huge legislative challenge based on the math alone.

But there are two major components to healthcare that Republicans must navigate properly or risk significant backlash at the polls in 2018.

The first is repealing and replacing Obamacare. Republican lawmakers must be able to go back to their states and districts having voted to do so, sealing the deal by getting repeal to President Trump’s desk. If not, it’s a longtime promise broken on an issue that deeply and personally affects every American family. It’s what the majority of Republicans were elected to do and why the tea party movement worked tirelessly to turn the House and Senate in 2010 and 2014 away from pro-Obamacare Democrats and toward Republicans who promised to do away with it as soon as they had a majority. Now that they do, there’s no excuse for inaction.

The second component comes with the substance of the legislation. Republicans are at risk of passing legislation for the sake of doing something, while failing to solve the problems Obamacare presents: high premiums, lack of care, doctor shortages, limited networks, etc. If they settle on a bill deemed “Obamacare lite,” Republicans will take on all of the political complaints of government run healthcare, shifting blame for a collapsing system from Democrats to themselves.

Republicans must repeal and replace Obamacare with legislation that actually fixes problems, otherwise, it’s all a waste.