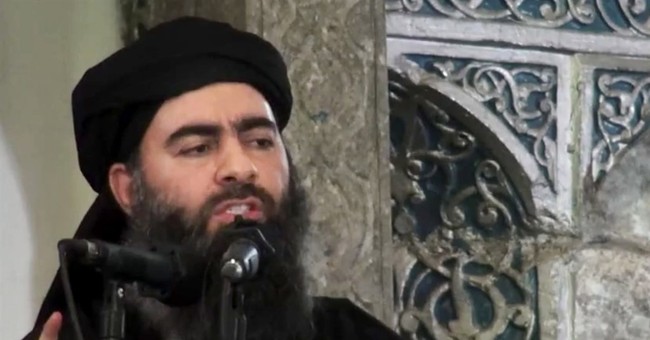 Earlier today the United States officially announced the liberation of Mosul, Iraq from the Islamic State.

Celebrations break out in Baghdad after Iraqi prime minister declared victory over IS in Mosul. Pictures by AFP's Sabah Arar pic.twitter.com/uDTYEHMbQr

"On behalf of President Trump and the American people, I congratulate Prime Minister Abadi and the Iraqi people on their liberation of Mosul. This is a critical milestone in the global fight against ISIS, and underscores the success of the international effort led by the Iraqi Security Forces. We honor the sacrifices of the Iraqi Security Forces and Iraqi people, as well as the Kurdish Peshmerga, in achieving this victory, and express condolences for the many lives lost in the operation," Tillerson said.

"During ISIS’s brutal occupation of Mosul, it terrorized and brutally murdered thousands of civilians, used mosques, schools and hospitals as bomb-building facilities and fighting positions and just recently, facing defeat, destroyed the historic al-Nuri mosque and al-Hadba minaret," he continued. "Under Iraqi leadership, the United States and our Coalition partners will continue to work closely with the UN to stabilize liberated areas throughout Mosul, supporting the return of displaced civilians to their homes. There is still much work to be done to defeat this enemy. The Global Coalition will continue to stand with our Iraqi partners to ensure that ISIS is defeated wherever it remains in Iraq."

With ISIS out, there are a number of questions about Iraq's future. Tom Rogan from the McLaughlin group gives us a preview:

Yet Mosul's difficulties are far from over.

On the contrary, Iraqi Prime Minister Haider al-Abadi now faces an even tougher challenge. He must counter Iran's political usurpation of Iraq, and build a consensus in Mosul that reflects the city's multisectarian tradition.

After all, Mosul is now divided between various sectarian groups.

To prevent Mosul's political decline into renewed chaos, the Trump administration will have to double down on Abadi. That will require providing Abadi whatever support he needs to deter sectarian movements. To be clear, this may need to involve U.S. covert action against Shiite militias and Iran. The key to Mosul's future, and Iraq more generally, is the political isolation of both ISIS and Iran.