President Trump to Meet With Palestinian President at The White House 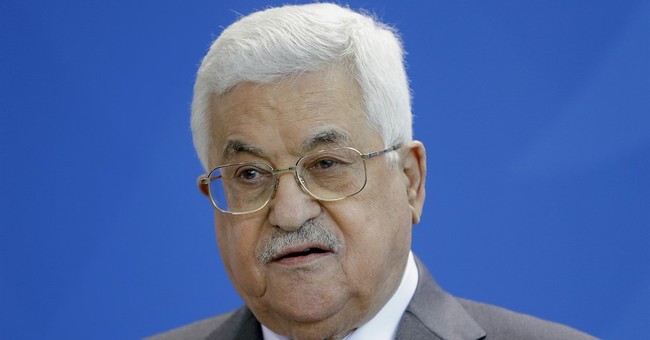 "I'd like to note the President will welcome Palestinian President Abbas for a visit to Washington on May 3. They will use the visit to reaffirm the commitment of both the United States and Palestinian leadership to pursuing and ultimately concluding a conflict-ending settlement between the Palestinians and Israel," Spicer said.

In February President Trump hosted Israeli Prime Minister Benjamin Netanyahu at the White House for a joint press conference, during which Trump asked for Israeli settlements to be temporarily halted.

"I'd like you to hold back on settlements for a little bit," Trump said. "Our administration is committed to working with Israel and our common allies in the region toward greater security and stability. That includes working toward a peace agreement between Israel and the Palestinians."

"With his [Netanyahu's] visit, the White House reaffirms the unbreakable bond with our cherished ally Israel. The partnership of our two countries build on shared values has advanced the cause of human freedom, dignity and peace. These are the building blocks of Democracy," he continued.

On the campaign trail, Trump promised to move the U.S. Embassy in Tel Aviv to Jerusalem.