Trump Promises to Go After Clinton in Second Debate 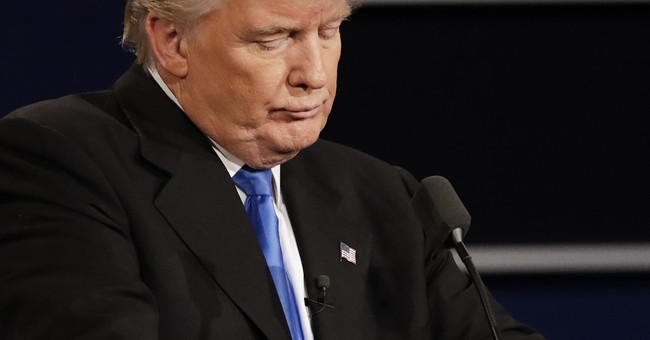 The verdict is in: Donald Trump missed some major opportunities during last night's presidential debate to go after rival Hillary Clinton. He failed to mention Benghazi, the Clinton Foundation and when the Democrat nominee expressed concern about cyber hacking, he failed to mention her private, unsecured email server where she hosted top secret, classified information.

Even Trump's most ardent supporters are acknowledging he could have done better and needs to prepare for the next round.

Trump seems to be listening and is vowing to go after Clinton harder during the second debate on October 7.

Discussing his approach for their second debate next month, Trump said, “I may hit her harder in certain ways. I really eased up because I didn’t want to hurt anybody’s feelings.”

A growing sense among the Republican nominee’s team that the moderator glossed over Clinton’s weak spots could contribute to a tougher tone from Trump in their next encounter in October.

The next presidential debate is Sunday, October 9 at 9 p.m. eastern.