The Clinton Foundation Sure Benefited From Relationships With The Russians 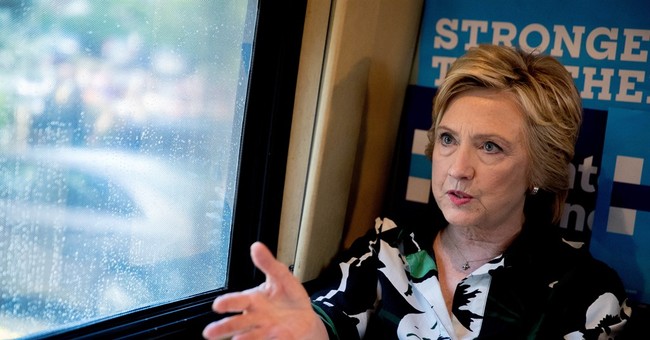 As the fallout from the DNC email hack continues, with WikiLeaks founder Julian Assange promising more email dumps in the coming weeks, the Clinton campaign is doing everything possible to connect opponent Donald Trump to the Kremlin. The campaign pointed to the Russians for hacking politically damaging DNC emails and accused Trump last week of encouraging espionage when he suggested the Russians find Hillary Clinton's 30,000 deleted emails.

While there is plenty of evidence Trump and his campaign manager Paul Manafort do in fact have ties to Russian business and politics, Hillary Clinton herself has plenty of Russian connections through the Clinton Foundation. Peter Schweizer, author of Clinton Cash, writes about the details in the Wall Street Journal:

Hillary Clinton touts her tenure as secretary of state as a time of hardheaded realism and “commercial diplomacy” that advanced American national and commercial interests. But her handling of a major technology transfer initiative at the heart of Washington’s effort to “reset” relations with Russia raises serious questions about her record. Far from enhancing American national interests, Mrs. Clinton’s efforts in this area may have substantially undermined U.S. national security.

Consider Skolkovo, an “innovation city” of 30,000 people on the outskirts of Moscow, billed as Russia’s version of Silicon Valley—and a core piece of Mrs. Clinton’s quarterbacking of the Russian reset.

Following his 2009 visit to Moscow, President Obama announced the creation of the U.S.-Russia Bilateral Presidential Commission. Mrs. Clinton as secretary of state directed the American side, and Foreign Minister Sergei Lavrov represented the Russians. The stated goal at the time: “identifying areas of cooperation and pursuing joint projects and actions that strengthen strategic stability, international security, economic well-being, and the development of ties between the Russian and American people.”

Soon, dozens of U.S. tech firms, including top Clinton Foundation donors like Google, Intel and Cisco, made major financial contributions to Skolkovo, with Cisco committing a cool $1 billion. In May 2010, the State Department facilitated a Moscow visit by 22 of the biggest names in U.S. venture capital—and weeks later the first memorandums of understanding were signed by Skolkovo and American companies.

Ah yes, that whole pay to play thing and big Clinton donors coincidentally benefiting from diplomatic deals and agreements brokered by Hillary Clinton herself. Oh, and who could forget this: Cash Flowed to Clinton Foundation Amid Russian Uranium Deal

The untold story behind that story is one that involves not just the Russian president, but also a former American president and a woman who would like to be the next one.

At the heart of the tale are several men, leaders of the Canadian mining industry, who have been major donors to the charitable endeavors of former President Bill Clinton and his family. Members of that group built, financed and eventually sold off to the Russians a company that would become known as Uranium One.

Here we are with another case of Clinton accusing her opponent of doing precisely what she's been doing for years: profiting off of Russian business and government relationships in the private and public sectors.