After Marines Slaughtered By Islamic Terrorist Obama Jets Off To Broadway Show, Fundraiser 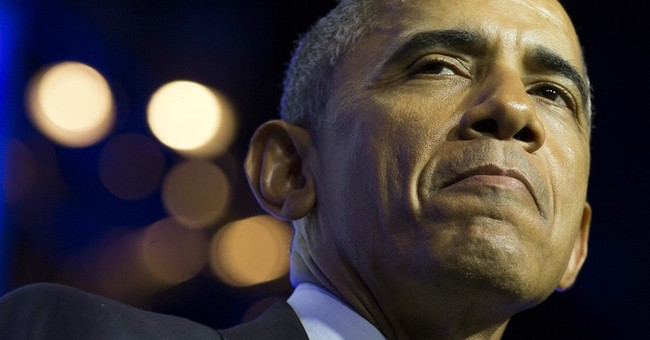 Just hours after four U.S. Marines were shot and killed by Islamic terrorist Muhammad Youssef Abdulazeez in Chattanooga Thursday, the White House announced President Obama has plans to go see Hamilton on Broadway over the weekend. More from The Hill:

The White House has not released further details about the trip, but the New York Post reports he plans to attend a matinee showing of the Broadway show “Hamilton” on Saturday before returning to Washington.


Obama will also attend a DNC fundraiser tonight, which is typical behavior after major national tragedies. Less than 24-hours after the 9/11 Benghazi attacks, he jetted off to Las Vegas for a fundraiser. After American journalist James Foley was beheaded by ISIS, he hit the golf course.

"I don't often take in a Broadway Show...but when I do...I make sure it's after 4 Marines have been gunned down" pic.twitter.com/yyHd5a7tan

Many people see what happened yesterday in Chattanooga as an act of war. apparently sees it as an opportunity to make political money and catch up on pop culture.