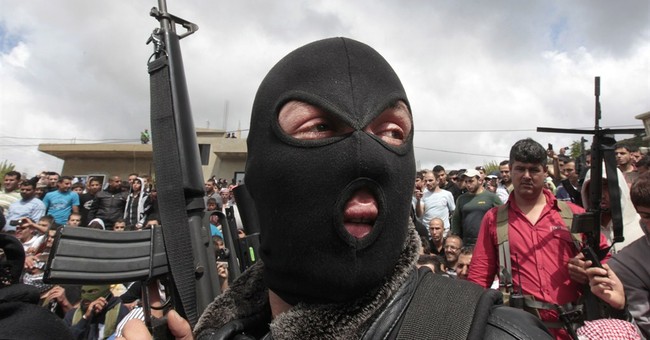 There are just 57 days days before the June 30 Iranian nuclear deal deadline. Negotiations are ongoing and debate about the lifting or easing of economic sanctions is getting louder. More on that from CSM:

In public statements, Mr. Obama said the sanctions would be phased out after Iran’s steps were verified, while Iran’s supreme leader, Ayatollah Ali Khamenei, said they would be lifted immediately with the signing of the agreement.

Two months before the final deadline for Iran and the so-called P5+1 powers to conclude a deal limiting Iran’s nuclear program to peaceful uses, the detailed “parameters” made public in Lausanne have revealed sensitive negotiating positions and compromises, and left US and Iranian negotiators politically exposed.

Among the most contentious issues: the timing and scale of sanctions relief.

The American document states that US and EU sanctions meant to force Iran to negotiate over its nuclear program will be suspended only after “Iran has taken all” key nuclear steps, which Mr. Kerry has said could take from four months to a year, and could quickly “snap back” if Iran violated the deal.

But Ayatollah Khamenei said the US fact sheet was “wrong about many things” and a further example of the “obstinate and deceitful [and] backstabbing” nature of the other side.

Putting aside the conflict over when sanctions will be lifted, if in fact the sanctions are lifted

or eased, will the deal guarantee an influx of money into the country will not be funneled to terror groups like Hezbollah or Hamas? The answer appears to be no and the White House isn't planning on doing anything about it. (bolding is mine)

"Most importantly I think it's the hope of the Iranian people that the influx of resources will be devoted to meeting the needs of the population there and to strengthening the economy that has taken a terrible toll on the daily lives of millions of Iranians. We've talked before about how the significant pressure that our sanctions regime has placed on Iran has had a negative impact on their economy and that poorly performing economy has added to some pressure inside of Iran for the Iranian leadership to consider a change in policy and we're gratified by that because it's created an important diplomatic opportunity for us to prevent Iran from obtaining a nuclear weapon," White House Press Secretary told reporters Tuesday in the Briefing Room. "But the fact is, there are two things I would point out. Even while these sanctions have been in place we have not seen Iran significantly scale back their support for terrorism or their destabilization activities in the region. The second thing is the pressure that they are feeling is not primarily rooted in the idea that they need to get rid of the sanctions or at least get the international community to relax these sanctions so that they can invest additional resources in those activities."

"I wouldn't be in a position to predict exactly what the Iranian reaction will be and I'm certainly not going to be in a position to mandate what kinds of economic decisions they'll make," Earnest continued. "A common sense analysis would be that they would use those additional resources to try and relieve that economic pressure [not to fund terrorism] that they're feeling. But again, I'm not going to make any predictions about what they're going to do and certainly I'm not going to be in an position to prescribe what they should do. This is a sovereign country that will make their own decisions."

Funding and promoting terrorism is common sense to the Iranian regime. The White House has repeatedly made clear it won't be asking Iran to stop their terrorist activity in return for a nuclear deal.