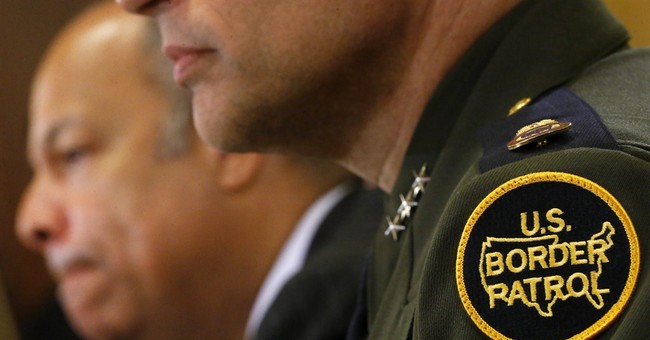 According to a local news report from KVOA News 4 out of Tucson, Arizona, at least one Mexican military helicopter crossed into the United States early Thursday morning, shot at Border Patrol agents using lethal force and then flew back to Mexico. Once the helicopter was back on the ground in Mexico, an apology was issued.

"The incident occurred after midnight and before 6 a.m. Helicopter flew into the U.S. and fired on two U.S. Border Patrol agents. The incident occurred west of the San Miguel Gate on the Tohono O'odham Indian Nation," Border Patrol Tucson Sector Union President Art del Cueto told KVOA News 4 in a statement. "The agents were unharmed. The helicopter went back into Mexico. Mexico then contacted U.S. authorities and apologized for the incident."

According to a recent story in the Washington Times, armed Mexican soldiers regularly cross over into the United States, which prompt stand offs and altercations with U.S. Border Patrol agents.

According to Homeland Security numbers, there have been 300 incursions by Mexican police or troops since Jan. 1, 2004. The Mexicans were armed in slightly more than half of those incidents, totaling 525 people. There was a verbal or physical altercation between U.S. authorities and the Mexicans in 81 instances — totaling 320 Mexican police or troops.

Despite those regular occurrences, the use of force in this case against U.S. Border Patrol agents is highly concerning. An immediate explanation is in order from the Mexican government.