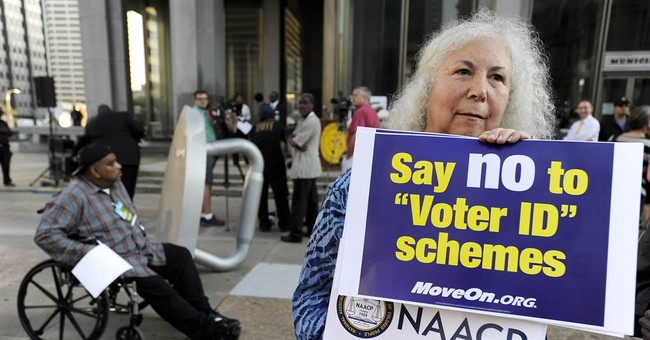 Pennsylvania Democrats have been caught red handed allegedly accepting bribes in return for their opposition to voter identification law in the Keystone State. According to PJ Media's J. Christian Adams, lumps of cash and expensive Tiffany & Co. jewelry were accepted by Democrats and exchanged for votes against voter identification legislation in 2012. Despite the bribes and the no votes, the legislation passed but was struck down by a judge earlier this year.

In a statement to The Inquirer on Friday, Kane called the investigation poorly conceived, badly managed, and tainted by racism, saying it had targeted African Americans.

Those who favored the sting believe Kane killed a solid investigation, led by experienced prosecutor Frank G. Fina, that had ensnared several public officials and had the potential to capture more. They said they were outraged at Kane’s allegation that race had played a role in the case.

Before Kane ended the investigation, sources familiar with the inquiry said, prosecutors amassed 400 hours of audio and videotape that documented at least four city Democrats taking payments in cash or money orders, and in one case a $2,000 Tiffany bracelet.

Sources with knowledge of the sting said the investigation made financial pitches to both Republicans and Democrats, but only Democrats accepted the payments


Apparently in this case, lawmakers can get away with potential criminal activity so long as they have the right skin color. The investigation into these kinds of bribes started in 2010 under Republican Attorney General Tom Corbett but was quickly snuffed out as soon as Democrat Kathleen Kane took over the position. U.S. Attorney General Eric Holder doesn't seem interested in filing criminal charges against Pennsylvania Democrats either despite the Department of Justice paying special attention to voter identification laws in the state.