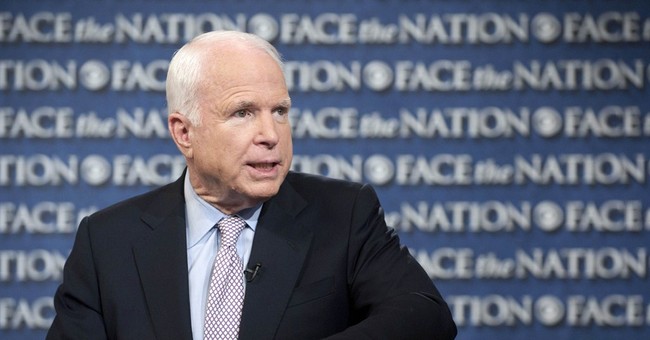 The Senate Foreign Relations Committee has passed a resolution approving military force in Syria by a 10-7 vote. The resolution will now go to the full Senate for a vote next week. Republicans McCain, Corker and Flake voted for the resolution. Democratic Senator Ed Markey voted present.

The resolution states military action will not include boots on the ground and has a 90-day time frame.

UPDATE: John McCain said early Wednesday that he could not support the resolution, but ended up voting for it anyway. He also played poker on his iPhone yesterday during a hearing on Syria.

UPDATE II: McCain voted yes after inserting an amendment into the resolution saying the goal of military action is to shift the momentum on the battlefield. Essentially, the amendment declares the United States has taken the side against the Assad regime in the Syrian civil war. This is opposite of President Obama's stance, which isn't regime change but very limited military strikes in order to "send a message."