Palin on Total Government Surveillance: This is About Being Pro-America or Not 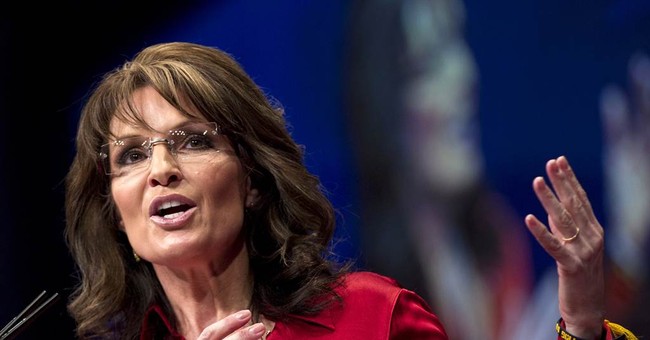 Taking to her Facebook page early Friday morning, Sarah Palin took on the issue of young voters and their support for President Obama. Backing up a blog post written by her daughter Bristol about the indifferent attitude shown by young people surrounding recent revelations of massive government surveillance, Palin argued the unwarranted collection of information from innocent Americans comes down to either being pro-America, or not.

Obama Broke Up With You. Really. Totally Unfriended You...

Bristol's spot on. Young Americans better get their heads out of the sand and realize what this president stands for. It's no longer a partisan problem. This comes down to either being pro-America or not. And if you can't take a stand for liberty, what DO you stand for? Obama supporters: keep it up and watch America go to hell in a hand basket while you try to sleep at night realizing our veterans fought in vain. Read her post below. And wake up.


And from Bristol Palin's blog:

We’re losing liberty faster than you can imagine, and too many citizens bury their heads in the sand as we head into a very frightening place… much like George Orwell’s “1984.” (Please read that book, if you haven’t!)  The government is snooping and spying on innocent citizens, often without a warrant and without any cause to do so! ALL of your communications can be an open book for government to search and potentially use against you.

Yet many of you are just shrugging your shoulders and waiting for someone else to defend your freedom. But fighting anti-Constitutional acts like this requires all of us to join arms and say: “Government, enough is enough! You work for us! We don’t work for you. And don’t tread on me! You expect my generation to be sent to war to defend America against foreign threats? Yet our greatest threats may be coming from within our own government!”

During a recent interview on Fox News, Palin expressed support for Senator Rand Paul over Governor Chris Christie. Paul has taken a more libertarian approach to politics in Washington and has spoken out against the NSA collecting information of innocent Americans.