Obama Addresses the DNC: "There Has Never Been Anyone More Qualified to Serve as President" 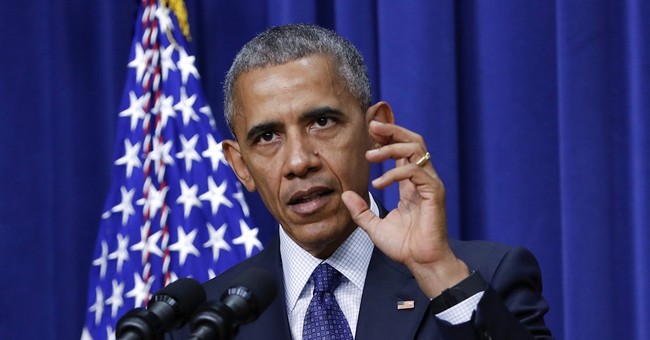 It was 12 years ago that Barack Obama addressed the Democratic convention for the first time in the 2004 presidential campaign.

He was praised for his bailouts of car manufacturers, passing into law of Obamacare, and efforts to pass gun control in an opening video before making his case for Democratic nominee Hillary Clinton.

Obama ripped the Republican convention by saying that the speeches were mostly pessimistic views of America.

President Obama: "I think it's fair to say this is not your typical election" https://t.co/QR3pdmq9Lm #DemsInPhilly https://t.co/xkhRmXnxcE

Pres. Obama: "What we heard in Cleveland last week wasn't particularly Republican, and it sure wasn't conservative" https://t.co/lBhMUtoXCp

Obama said that Clinton's VP pick should clear up any doubt about her judgment.  He added that Clinton is the most qualified candidate in the history of the United States.

He ironically said "democracy works" as he mentioned Bernie Sanders, the man who had the election rigged against him.

Obama: "If you're serious about our democracy, you can't afford to stay home" https://t.co/gyUMMophnv #DemsInPhilly https://t.co/XesVF5y2Lt

Obama closed his speech with his famed sermon of 'hope,' as he asked the democratic party to accept and elect Hillary Clinton as the next president.

President Obama: "I'm ready to pass the baton and do my part as a private citizen" https://t.co/QR3pdmq9Lm https://t.co/EiBRMa7nxI