'It's Frustrating': Texas Law Enforcement Braces for Another Busy Year of the Border Crisis 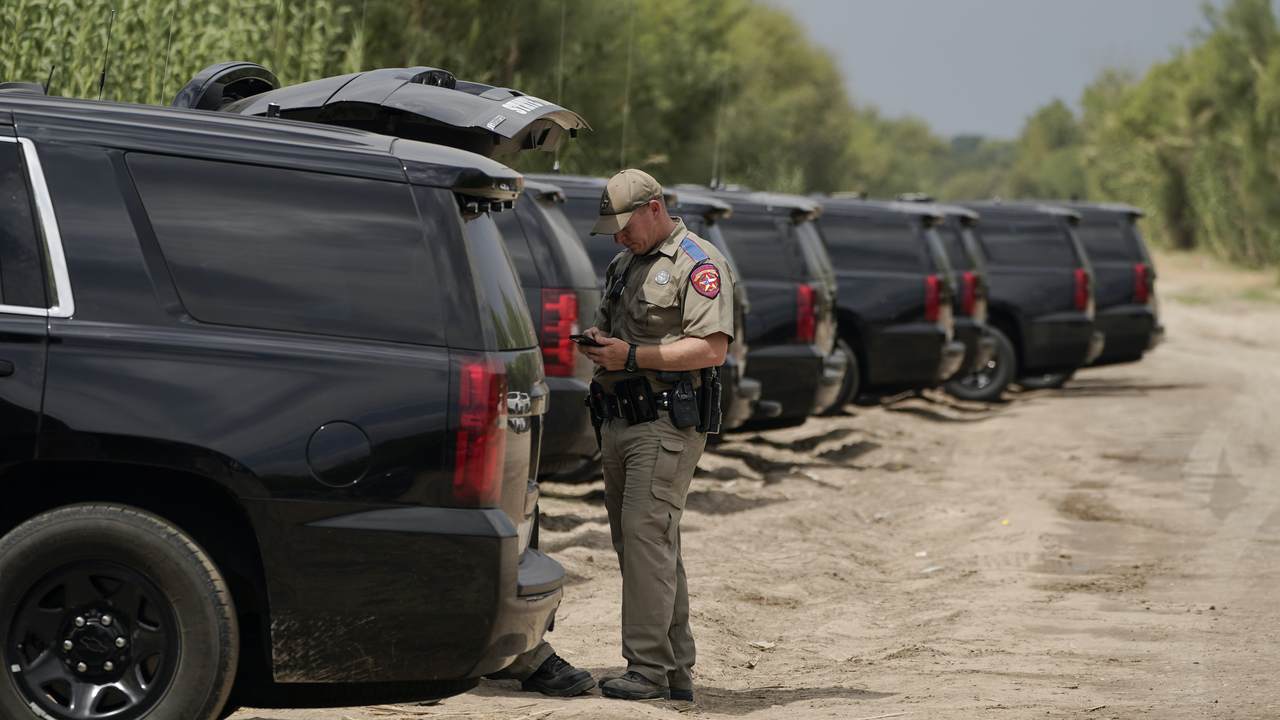 KINNEY COUNTY, Texas — The Texas Highway Patrol's (THP) brush team had been busy all week, and for much of 2021, tracking down and arresting illegal immigrants attempting to avoid law enforcement after crossing into the United States, usually under cover of night.

Texas state troopers work on the large ranches in the Del Rio Sector as Border Patrol agents continue to be taken off the border to process the hundreds of people who cross the Rio Grande on a daily basis. Similar to the THP's task force of checking the trains that go by the very small town of Spofford, if state troopers weren't patrolling the ranches, all the people they have been apprehending would have gotten away.

Unlike the large groups of families and unaccompanied children who willingly surrender themselves to law enforcement, the people who trespass on the ranches are single adults mostly from Mexico.

It's because of the resources Texas has dedicated to the border mission under Operation Lone Star that Lt. Christopher Olivarez, a spokesman with the Texas Department of Public Safety, told Townhall they are expecting more of the same in terms of the large number of illegal immigrants coming into the United States but now have a better idea of where to dedicate resources and approach the problem this year.

"Our main focus is on the criminal element. Human smugglers, the drug trafficking organizations, the weapons and currency that are going into Mexico to supply the cartels, so that is going to be our primary focus going into 2022," Olivarez said.

Olivarez said it is "frustrating and disappointing" to know the border crisis will last for at least another year, with it probably not being fully resolved until after 2024 because "there is a solution to the problem. The fact of the matter is the federal government fails to take any action, they fail to safeguard Americans, safeguard the country. They've turned their back on Americans."

@TxDPS @TxDPSSouth elite brush team was out in full force last night tracking individuals who are violating state law by criminally trespassing on private ranches. The team was successful in its efforts & apprehended numerous groups of illegal immigrants. #OperationLoneStar pic.twitter.com/8fpvjAC34d

While on the ride-along in the outskirts of Brackettville, Border Patrol in Eagle Pass, just south of Del Rio, requested help from THP because around 500 people illegally crossed the Rio Grande at once to turn themselves over to authorities. It's becoming a nightly occurrence for the city as it appears Eagle Pass is the latest hotspot along the border, leaving Texas law enforcement feeling like they are playing a game of whack-a-mole. The Del Rio Sector saw a 388 percent increase in single adult encounters in fiscal year 2021, according to U.S Customs and Border Protection.

While the THP's brush team has been busy in counties like Kinney, it does not look like their work will lighten anytime soon as agreements between officials and ranchers in neighboring Maverick County are being worked out so state teams can start patrolling the area and make arrests.