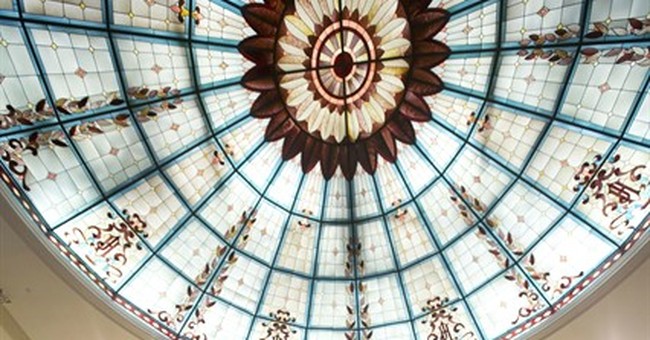 The Falls Church School Board (FCSB) voted unanimously on Tuesday to rename Thomas Jefferson Elementary School and George Mason High School because of the namesakes owning slaves when they were alive.

The vote was the end result of a six-month-long process that included public hearings, hundreds of submitted written public comments, and a survey of the community, the FCSB said.

"The Board took seriously the viewpoints and concerns raised by many students, parents, staff, and community members," said School Board Chair Greg Anderson. "We thank everyone who shared their perspectives with us and will be mindful of your comments as we now begin selecting names that reflect the diversity of opinions in our community. Our schools must be places where all students, staff, and community members feel safe, supported, and inspired."

During the meeting, board member Philip Reitinger said the best way to honor Thomas Jefferson's legacy of "all men are created equal" is to remove his name from their elementary school.

Reitinger also pointed to the election and President Trump as motivations for his vote:

"The critical moment for me was the presidential election. I know this is a non-partisan board, but I hold political views and those views are affected by my values, just as were the presidential candidates’ views affected by their values. I was proud that in Falls Church City the Democratic candidate, whose views favor equity and inclusion, won with over 81 percent of the vote. However, outside Falls Church, approaching half the country voted for the other candidate. That candidate put children in cages. He said there were “good people” among the white supremacists marching in Charlottesville. He stoked division at every turn. I am appalled, both by his behavior and what the vote means for the country."

Insane. Falls Church school board voted to take Thomas Jefferson's name off of their school. A board member explains that that they have to make the move because of Trump, and because the best way to "live up to" Jefferson's words is to "no longer have a school named after him": pic.twitter.com/4oFAfP5I5f