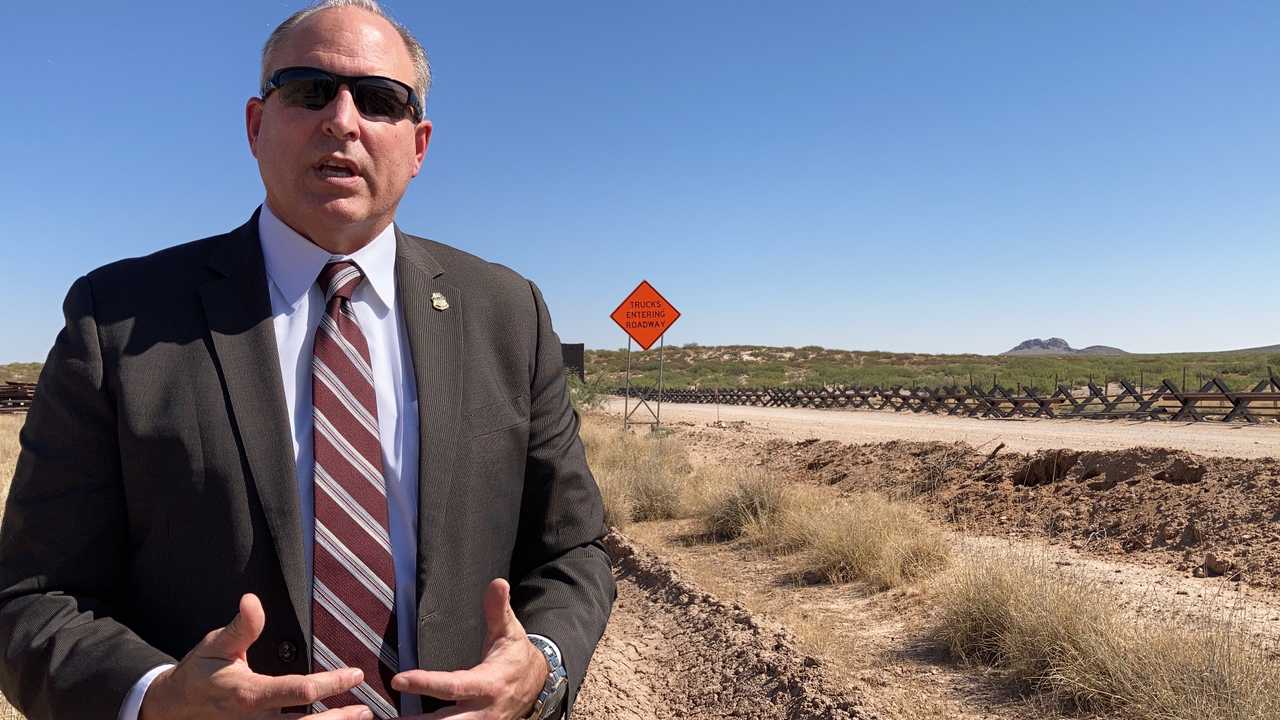 U.S.-MEXICO BORDER — Acting U.S. Customs and Border Protection (CBP) Commissioner Mark Morgan, El Paso Sector Chief Patrol Agent Gloria Chavez, and I walked alongside the new looming 30-foot wall in New Mexico. Just like the rest of the world, CBP had to adjust to the drastic changes brought on by COVID-19.

Morgan has been upset at the drug cartels and human traffickers for taking advantage of migrants and illegal border crossers for as long as he's been in the law enforcement business, but with COVID-19 and seeing how illegal immigrants put themselves at risk of being infected with the novel virus, it's another threat his officers face while patrolling the unforgiving desert.

"And right after [the emergence] of COVID, we saw a precipice drop as everyone tried to figure out, including the smuggling organizations and the cartels, [how serious the virus was], but what we've seen the last 120 days, we've seen that number go up," Morgan said.

One of the ways CBP has worked to prevent COVID-19 from spreading within its open-air facilities and adding cases to the local hospitals along the border is through the Center for Disease Control's Title 42.

"You encounter [illgeal immigrants] on the border, you immediately process them on the border, and you return them back to Mexico and that's what we're doing. About 90 percent of those that we're encountering, within Title 42, we're doing that in under two hours...It's been a game-changer from a public health perspective," Morgan explained.

"We don't talk about it enough, this president and this administration took quick, immediate, and decisive action back in March to stop the introduction of COVID-19 into this country through Title 42, it's been effective," he added.

Since Title 42 has been used, around 220,000 illegal immigrants were immediately returned to Mexico so that they do not congregate in CBP facilities.

"And now guess what we're seeing? Migrants throwing every medical experts' advice, guidance, and direction to the wind and they're still trying to illegally enter into this country," Morgan said.

To date, CBP says 2,597 of its employees have tested positive for COVID-19, with the bulk of cases stemming from the border states, and 12 CBP employees have died as a result of the virus.

Morgan uses his social media platforms to raise awareness of how illegal immigrants are being smuggled into the United States and how those methods are ripe conditions for COVID-19 to spread amongst themselves and to the CBP agents who come into contact with them.

Another example of migrants and smugglers disregarding #COVID19 safety precautions and jeopardizing the lives of Americans. pic.twitter.com/goNQI9saLr

USBP agents apprehended nearly THREE HUNDRED illegal aliens in just 18 hours in Laredo, TX. In the middle of a pandemic not a single person had on PPE to protect each other, our agents & our communities from #COVID19. Borders matter. https://t.co/3UaRl2evvU pic.twitter.com/VLi97NhRli

Migrants continue to show a total disregard for their own health & the health of Americans & our agents during the pandemic. pic.twitter.com/WBPUKddoYi

"Now in the middle of a global pandemic, the smuggling organizations, they're not the only ones that have a responsibility here. The migrants themselves now, they have a responsibility. They are knowingly and willfully allowing themselves to be smuggled in, stuffed in stash houses, they're overcrowded, unsanitary, there's no social distancing, there's no PPE, sure as hell no hand sanitizer...exposing every single migrant they come into contact with, exposing every single CBP personnel they come into contact with, and if they get by us, they're exposing American citizens," Morgan said.

As we walked back to the CBP Blackhawk helicopter to fly back to El Paso, Morgan noted the difference in how Americans are crossing the Ports of Entry more often than not for non-essential travel, while "Mexican nationals, they've actually heeded the warnings of CDC and other medical experts" and stayed home in Mexico.