'I'm Honored': Mattis Responds to Trump Calling Him the 'World's Most Overrated General' 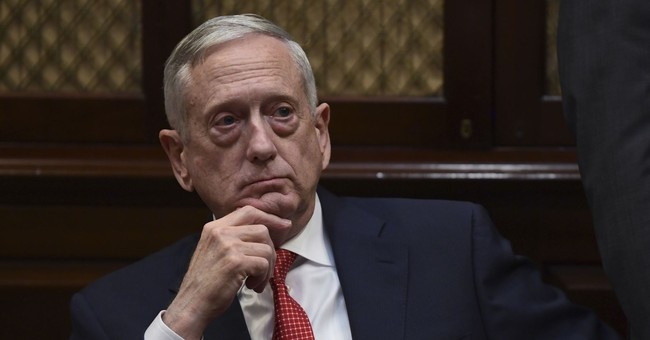 Former Secretary of Defense James Mattis responded to the reports of President Trump calling him the "world's most overrated general" while meeting with Democratic lawmakers about Syria.

"We have got to keep the pressure on ISIS so they don’t recover. We may want a war over, we may even declare it over. You can pull your troops out, as President Obama learned the hard way out of Iraq, but the enemy gets a vote, we say in the military. If we don’t keep pressure on, then ISIS will resurge. It’s absolutely a given that they will come back," Mattis explained during his interview on "Meet the Press" on Sunday.

While speaking at the Al Smith Memorial Foundation dinner on Thursday, Mattis said Trump has called other successful people overrated as well.

"So I'm honored to be considered that by Donald Trump because he also called Meryl Streep an overrated actress. So I guess I'm the Meryl Streep of generals, and frankly that sounds pretty good to me," Mattis said, further thanking Schumer for bringing up his concerns about ISIS during the meeting.

"And you do have to admit that between me and Meryl, at least we've had some victories," he added.

Mattis served as Trump's defense secretary until he was unable to convince Trump not to pull the U.S. military out of Syria last year. Though Mattis said he would leave the Department of Defense at the end of February in his letter of resignation, Trump replaced him with then-Deputy Defense Secretary Patrick Shanahan at the beginning of 2019.