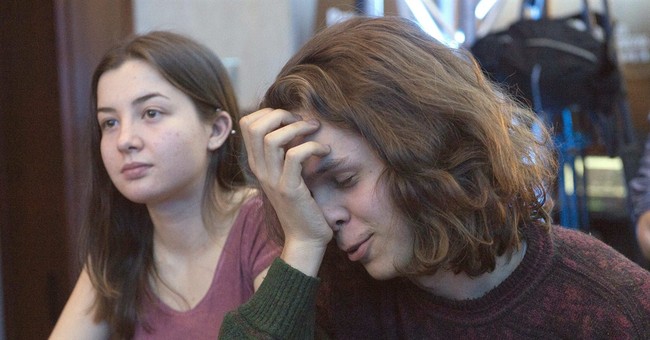 Apparently Iowa values are not based on free speech and open debate either.

It is highly discouraging that the GOP’s U.S. Senate candidates would attend a debate moderated by someone who makes a living off of hatred and homophobia. For a state that has been such a national leader of progress, Erick Erickson’s views take us back to the time when intolerance dominated the conversation. Iowans want to go forward, not backward, and the GOP Senate candidates should do the right thing and refuse to attend Friday’s forum.

According to Iowa Democrats Mr. Erickson, Editor-in-Chief of RedState.com and Townhall contributor, holds opinions that simply can’t be handled in Iowa. Or as Lt. Gov. Patty Judge says, "What comes out of Erick Erickson’s mouth is not welcome in our state."

Yet, despite the politically motivated outrage and simplistic rhetoric, Bob Vander Plaats, the president of The Family Leader, says that Republican senators are not heeding the calls for a boycott. In an interview with Radio Iowa he said:

I think instead of calling on people to boycott a debate or a forum that only gives them more information and more knowledge as they go to the polls, maybe they should allow us to do it and then critique us afterwards instead of telling people to boycott it beforehand.

Perhaps Democrats should start practicing what they preach, and begin tolerating ideas with which they disagree. Instead of protesting, they can watch the RedState Livestream of the event here.