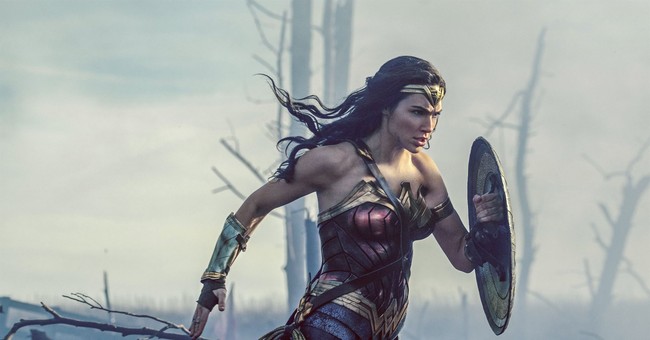 Sarah Swain, the Democratic candidate for Attorney General in the state of Kansas has created a controversy by displaying a picture of a lassoed police officer. Now, the state Democratic Party is now calling for her to drop out of the race.

Swain’s office has a picture of Wonder Woman standing over a police officer with a lasso tightly around his throat. The slack is wrapped around his body, and some extra rope around her arm as she pulls back tightly, causing the officer to apparently gasp for air in anguish. Above the cartoon, the name of her law firm is proudly displayed, “The Swain Law Office.”

Her party has not only asked her to drop out of the race, but has condemned the picture. They issued a statement against Swain saying the following, “We strongly condemn and reject any depiction of violence against law enforcement, including the image from Swain’s law firm,” the Kansas Democratic Party said in a statement. “We did not recruit or encourage Swain to run for attorney general, nor have we had any contact with her since she filed.”

Due to the violent nature towards law enforcement, Swain may have disqualified herself, according to the Democratic Party spokesman.

“As a criminal defense attorney for nearly 17 years, I have seen firsthand the injustice that can be doled out at the hands of less-than-honest police officers,” Swain said in a statement. “I have been involved in many cases where the truth was ignored and people’s lives were destroyed. These are just some of the experiences that eventually led me to run for attorney general.”

Swain stated that Wonder Woman has the “lasso of truth” alluding to officers lie on a consistent basis. She failed to acknowledge that officers are often lied about by citizens who have some type of animus towards the police.

She decided that a few bad apples deserved to ruin the whole bunch.

Swain stated that she is not anti-law enforcement, which may be true since she is a criminal defense attorney and people getting charged with crimes is what brings her business. However, she said that violence is never condoned.

This comes at a time when the most recent police officer deaths occurred in the state of Kansas to two officers who were both parents. The last few years have been difficult for police officers. One of the more notable incidents occurred in Dallas where five officers were murdered while protecting Black Lives Matter protestors who were protesting the police.

If Swain decides to answer the calls to withdraw from the race, the incumbent Republican candidate, Derek Schmidt, will go uncontested in November. There is no indication at this time that Swain will drop out.