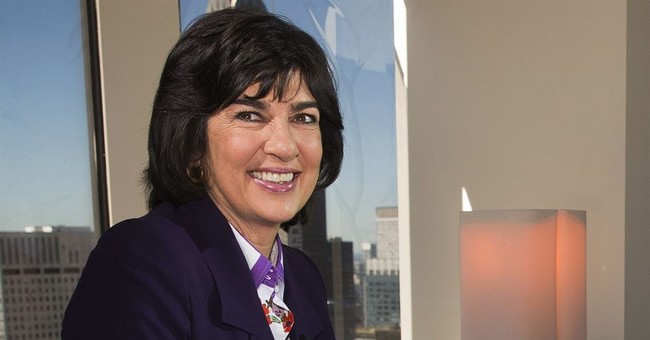 Last week, CNN’s Christiane Amanpour compared the Trump administration to Kristallnacht, a horrific and devastating event that served as a precursor to the Holocaust in which Nazis violently destroyed Jewish homes, synagogues, schools and businesses and killed almost 100 Jews.

“It was the Nazis’ warning shot across the bow of our human civilization that led to genocide against a whole identity and in that tower of burning books, it led to an attack of fact, knowledge, history, and truth. After four years of a modern-day assault on those same values by Donald Trump, the Biden-Harris team pledges a return to norms, including the truth.”

Now, Israeli officials are demanding an apology from CNN for Amanpour’s horrific comments.

“We find hereby the false equivalence made between the actions of a sitting US president and the atrocities of the Kristallnacht pogroms which were carried out by the Nazis eighty-two years ago belittling of the immense tragedy of the Holocaust. Distortion and minimization of the Holocaust are deplorable lies that only encourage the evil voices of anti-Semitism. Employing the memory of the Holocaust for cheap shock value and to further a political agenda is a deeply troubling and offensive spin of historic and moral truths with dangerous implications.”

According to the Jerusalem Post, White House Press Secretary Kayleigh McEnany called Amanpour’s comparison “despicable” and said that Amanpour "must apologize for trivializing the Holocaust and the tragic genocide of millions of Jews. They must also apologize for slandering the most pro-Israel President in history."

One lesson we should all be able to take from the Trump presidency, no matter who ends up occupying the Oval Office in January, is that the media really is the enemy of the people. This is just the latest example.