London Bridge Bombers Had a "Stockpile of Petrol Bombs" in Van 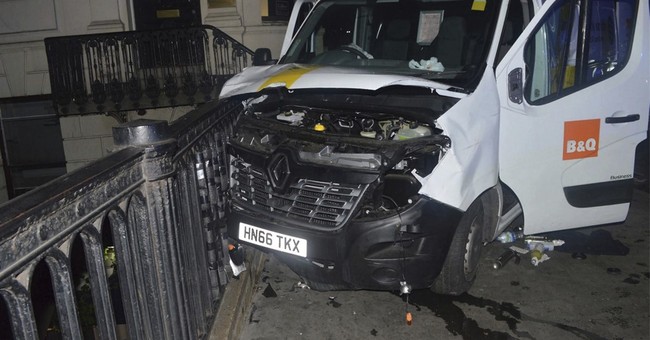 One of the London Bridge bombers attempted to rent a much larger van than was ultimately used in the attack, the head of the UK's counter-terrorism unit revealed Friday.

Additionally, detectives found a Koran opened to a page about martyrdom in the attackers' safe house, and a stockpile of weapons in the van.

In the attackers' van detectives found 13 wine bottles, filled with lighter fuel with rags wrapped round them to make Molotov cocktail petrol bombs. There were also two blow torches which Haydon thought could have been used to light the homemade bombs as part of a possible secondary attack.

There were also office chairs, a suitcase and two bags of gravel which Haydon said might have been to add weight or to act as a cover story for their activities to friends and family.

Khuram Butt, believed to be the ringleader, tried to rent a 7.5 ton truck. His payment was declined, and he was able to rent a smaller van instead. The van they wanted was similar to the van used in last year's Nice attack.

The attackers drove along the London Bridge twice before targeting pedestrians on their third run.

Authorities also said that though the Islamic State has claimed responsibility for the attack, the evidence so far suggests that the men acted on their own - but investigators are still piecing together exactly how the men knew each other.

British officials have added security barriers along the sidewalks on eight bridges in London and are considering additional measures.