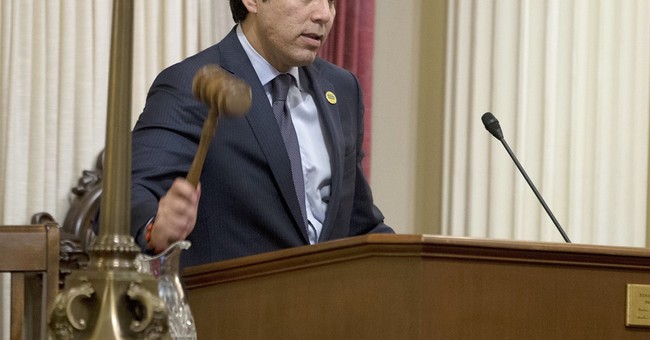 The US Department of Justice sent letters to nine " sanctuary" jurisdictions Friday requesting proof that they cooperate with immigration officials and warned that without such proof, the jurisdictions are at risk of losing federal grant funding. One of the letters was sent to the California Board of State and Community Corrections, and California Senate President Pro Tempore Kevin de Leon (D-Los Angeles) immediately cried "racism" and promised to challenge the administration.

“It has become abundantly clear that Attorney General Sessions and the Trump Administration are basing their law enforcement policies on principles of white supremacy – not American values. Their constant and systematic targeting of diverse cities and states goes beyond constitutional norms and will be challenged at every level.”

California is awarded federal grant money through a Byrne JAG grant, according to the letter, which reminds state officials that one condition of the grant is compliance with 8 U.S.C. Section 1373, which states:

It's a pretty simple concept. You are awarded a grant, it has conditions, and you have to follow them or you lose the grant. Why the kneejerk "racism" allegation? One GOP Assemblymember, James Gallagher of Yuba City, called him out:

“Nobody here is talking about the state becoming an immigration agency or doing ICE’s job for them. It’s about whether you comply with federal law,” Gallagher added.

His emotional reaction could be because many of his own family members don't follow the law.

“That’s what you need to survive, to work,” he added. “They are eligible for massive deportation.”

Pretty gutsy for de Leon to announce that he doesn't want the law enforced partly because his family are lawbreakers. California political observers expect de Leon to follow through with his challenges of Trump, but if the administration holds the purse strings, there's really not much he can do.