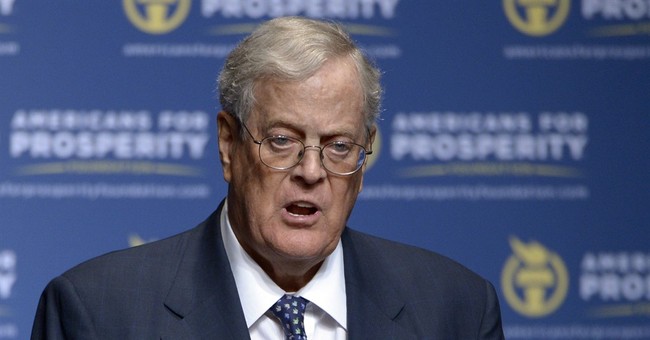 Despite belonging to the same party and having many friends in the same circles, Trump and Koch heavily feuded throughout the 2016 campaign. Their political philosophy has not always been in lock-step. Koch even became the target of Trump’s tweets at times. There was a discrepancy in July whether Trump was invited to a high-dollar donor event or whether he declined the invitation. Trump subsequently called attendees of the event “puppets of politics.”

There appears to be a thaw in the relationship, however.

Christopher Ruddy of Newsmax arranged for the two to meet Wednesday night. The two discussed the campaign and Trump’s transition into the White House. Incoming chief of staff Reince Priebus was also present for the discussion.

The meeting also comes after Trump has connected with other past adversaries. Just this week Trump spoke with Mexican billionaire Carlos Slim. The two had previously clashed several times during the presidential campaign. After their talks this week, Trump tweeted his approval of Slim.

Witnesses to the meeting say not to rush to judgement. Trump and the Koch brothers still have a lot of work in rebuilding their relationship, they say. However, the meeting is a great first step.

The two will probably continue to cross paths as people close to Trump are also close to the Koch brothers. Incoming Vice President Mike Pence has long been supported by the Koch network.