Oh No: Super PACs Have Formed Urging Michelle Obama to Run for President 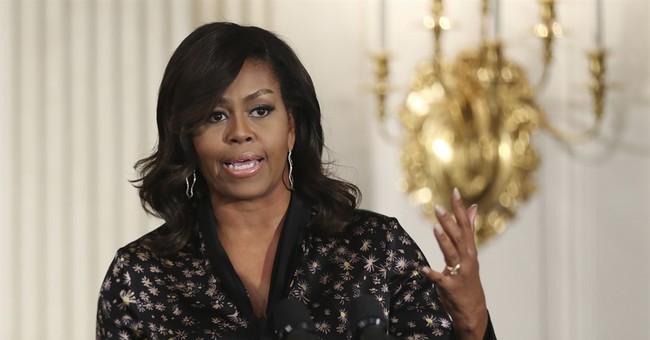 Three separate super PACs have formed calling on Michelle Obama to run for president in 2020. One was even formed before Trump won on Election Day.

Ready for Michelle was filed with the Federal Election Commission (FEC) on October 31 and is legally able to raise unlimited amounts of funds. The name is a knock off of Ready for Hillary. The PAC is operated by founder Donald Garrett and four other volunteers. They run a website, www.ReadyforMichelle.com, and a subsequent Facebook page.

Ready for Michelle 2020 and Friends of Michelle 2020 were filed with the FEC following the presidential election. None of the three PACs appear to be operated by any political professionals, but have been filed by D.C. outsiders. Ready for Michelle has only raised less than $1,000 since its inception. It does, however, boast more than 1,000 signatures in support of a presidential run by the first lady.

The super PACs are also joined by a hashtag trending on Twitter since the election, #Michelle2020.

With all of this crazy going on right now we need #Michelle2020 ...

Despite supporters' pleas, Michelle has been adamant about not running for elected office, especially the presidency. She had this to say about running when asked in May of this year, "I will not run for president,” she said to a disappointed audience. “No, nope, not going to do it."

Here’s to hoping she keeps her promise.