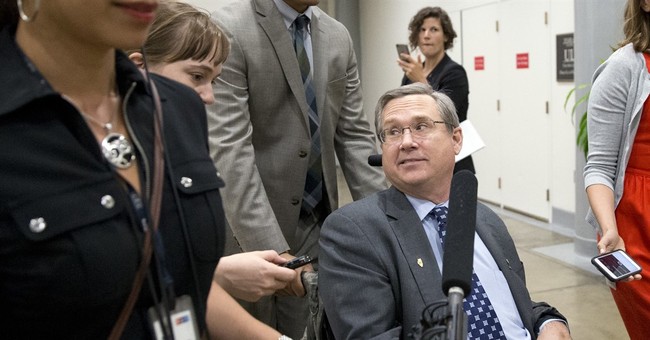 The Tribune gave Tammy Duckworth, the challenger for his Illinois senate seat, their endorsement over him. Of course they have every right to endorse any candidate they choose. However, it was their reason for endorsing Duckworth over Kirk that has people wincing as they read the editorial.

They cited Kirk’s stoke in 2012 as reason for him not being the better candidate to represent Illinois in the U.S. Senate – suggesting he is no longer “energetic” or “policy-driven."

While a stroke by no means disqualifies anyone from public office, we cannot tiptoe around the issue of Kirk's recovery and readiness. His health is a fundamental component of this race — a hotly contested matchup that could return control of the U.S. Senate to Democrats.

But we are voters. And our reluctant judgment is that, due to forces beyond his control, Kirk no longer can perform to the fullest the job of a U.S. senator. We are unable to endorse him for another six-year term.

The editorial is heartbreaking to read for anyone affected by a stroke.

The Kirk campaign has responded to the Chicago Tribune’s assessment as a “cheap shot."

Mark Kirk entered the Senate in a sweep year for the GOP in 2010. He holds the same seat President Obama occupied before he left for the White House. Since then, Kirk has established himself a pragmatic moderate navigating the waters of a deep blue state. Despite suffering a stroke, Kirk has used his wheelchair and walking cane to move about Congress. The effects of his stroke can also be discerned when he speaks, as he is sometimes slow to finish his sentences. He’s overcome adversity to be an independent voice for Illinois.

In terms of character, he is leaps and bounds ahead of Representative Tammy Duckworth.

Unfortunately, polling shows Kirk performing quite miserably ahead of Election Day. Although he deserves a win over his Democratic challenger – no one should be holding their breath.