Circling the Drain: Another Brutal Poll for Biden 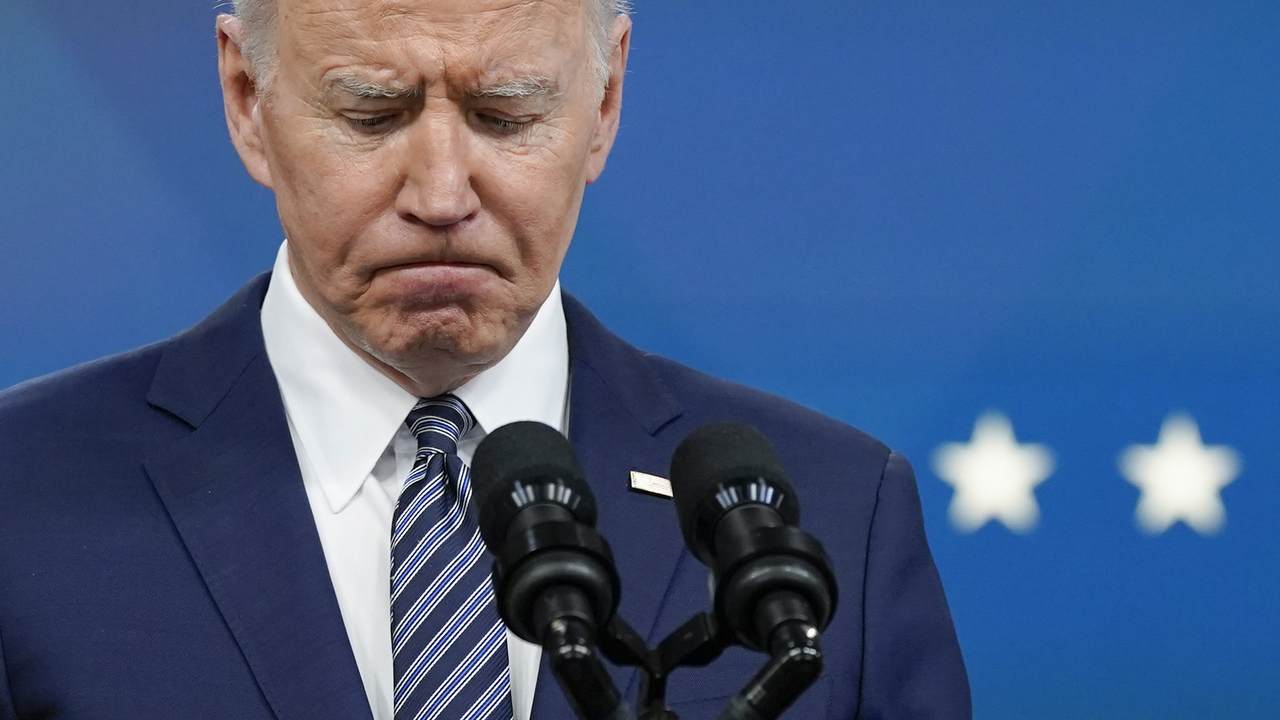 On Tuesday, President Biden was asked if he takes any personal responsibility for the nation's inflation crisis. He didn't answer at first, but when the reporter followed up, the president insisted that, in fact, his policies have helped the situation, not hurt. He also repeated his litany of blame, pointing the finger at everyone and anyone but himself – despite a prominent Democratic economist's recent explanation that Biden and his party have made historic policy mistakes that are fueling the problem. Not my fault, Biden says.

How's all that working out for him?

He's 19 points underwater overall, and struggling worse among independents. Based on other polling, he's even deeper underwater on the issues of the economy and inflation – the latter of which, according to a new Pew survey, is the single biggest issue on voters' minds, bar none:

The public views inflation as the top problem facing the United States – and no other concern comes close. 70% of Americans view inflation as a very big problem for the country, followed by the affordability of health care (55%) and violent crime (54%). https://t.co/g7KIbWAobd pic.twitter.com/nvSCDvuHW4

This week's inflation numbers have been ugly. Democrats almost seem fortunate to "only" trail Republicans by four points nationally in the Monmouth poll mentioned above, though the GOP even being tied on this metric usually portends a strong red cycle. Meanwhile, the Republican Biden has been trying to use as an "Ultra MAGA" foil ahead of the election, NRSC Chairman Sen. Rick Scott, has effectively abandoned the controversial bullet point of his plan that other senior Republicans had already rejected:

Sen. Rick Scott tells me he will not vote to raise taxes on any American. This is basically a repudiation of the bullet point in his plan that Biden & Dems are trying to run against, which McConnell had already rejected outright: https://t.co/BqplI1bL8p

“I will not raise taxes. I didn’t, I fought it the whole time as governor. I cut taxes at least 100 times.”

If Mitch McConnell and Rick Scott both say, "yeah, we're absolutely not going to raise taxes," what happens to this line of attack? Does anyone believe Republicans have a secret agenda to attain power in order to...raise taxes? It's so far off-brand and implausible that it won't make a dent with most voters, even if Scott gave Democrats a temporary talking point toe hold. I'll leave you with House Speaker Nancy Pelosi rushing to the rescue with some characteristically incoherent blathering about "price gouging," and Putin's, er, "tax cut hike at the pump" – as well as some shameless misinformation from the official White House Twitter account:

PELOSI: "Price gouging needs to be stopped...the Putin tax cut hike at the pump is part of this." pic.twitter.com/wV0fnTKdAf

When President Biden took office, millions were unemployed and there was no vaccine available.

In the last 15 months, the economy has created 8.3M jobs and the unemployment rate stands at 3.6% — the fastest decline in unemployment to start a President's term ever recorded.

"There was no vaccine available" when Biden took office, they say. Why even bother with this easily-fasifiable lie? Biden was double vaccinated during the Trump administration, which ramped up shot distribution to nearly one million per day by the time Biden took office. Where do I report this dangerous disinformation to Woke Mary Poppins? And does Biden still believe in this standard, given the fact that the US has crossed one million COVID deaths, most of which have now occurred on his watch?