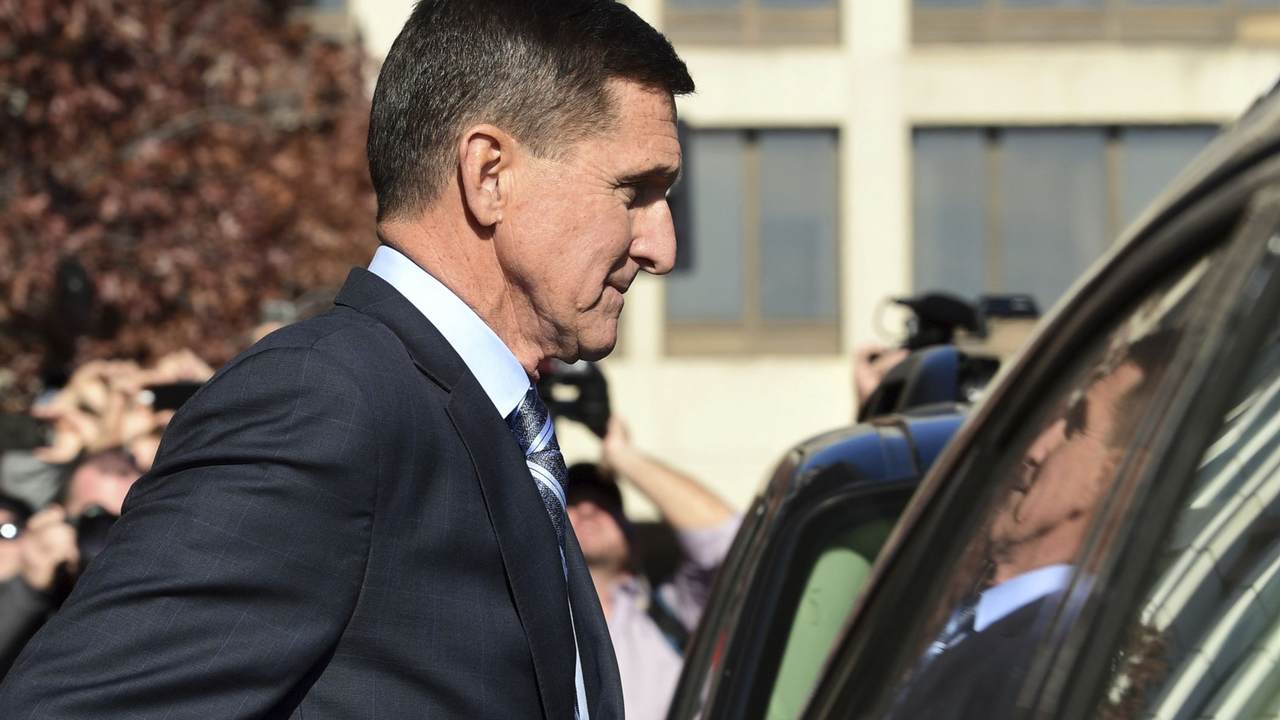 In case you missed it, let's begin with Kim Strassel's most recent Wall Street Journal column on the revelations about the FBI investigation into former Trump National Security Adviser Gen. Michael Flynn. I'll confess that I'd somewhat lost the plot on this tentacle of the wider Russia probe controversy and that I wasn't terribly sympathetic to Flynn's plight, for some reasons I'll mention below. But I'm not sure how you can view this as anything other than extremely sketchy and problematic -- at the very least:

Mr. Flynn in 2017 pleaded guilty to a single count of lying to FBI agents about conversations he had with Sergey Kislyak, Russia’s ambassador to the U.S. Thanks to new documents the feds belatedly turned over to his attorneys, we know the FBI engineered this “crime.” Handwritten notes from former FBI counterintelligence head Bill Priestap, made before the bureau’s interview of Mr. Flynn, ask the following: “What is our goal? Truth/Admission, or to get him to lie, so we can prosecute him or get him fired?”...The overall evidence paints a scandalous picture: Having labored and abysmally failed in 2016 to build a case that Mr. Flynn was an agent of the Russians, the FBI and Justice Department changed gears—rifling through his communications, inventing a fake crime, and entrapping him on a “lying” charge.

...The FBI didn’t need to ask Mr. Flynn what he’d said to the Russian ambassador; they had a recording. The only reason for an interview was to coax Mr. Flynn into saying something at odds with that transcript. They worked hard at it. Then-Director James Comey has previously bragged that the FBI went around the White House legal counsel to make sure Mr. Flynn had no lawyer present. This week’s documents include an email from former FBI lawyer Lisa Page debating ways for the bureau to get around its standard formal admonition against lying, suggesting agents just “casually slip that in” when talking to Mr. Flynn. A document from former Deputy Director Andrew McCabe says that he urged Mr. Flynn to conduct the interview without a lawyer, and that the FBI deliberately dispensed with the admonition altogether.

The full piece is worth reading, as is Andy McCarthy's reflection on what we've learned in recent days on this front. But both Strassel and McCarthy have been writing very skeptically about the Comey-era FBI's actions in this case (both broadly and as it pertains to Flynn) for years. Enter James Gagliano, a 25-year FBI veteran and CNN analyst:

A former FBI man and longtime defender of the bureau reverses himself on the Flynn case. https://t.co/D6xT4Bl8Zj

The time has come to cease affording the FBI’s Crossfire Hurricane team generous benefit of the doubt. A steady stream of unflattering revelations, beginning with a report by the Justice Department's inspector general into egregious FISA abuses last December, has relentlessly pounded the reputation of my former agency. Now, further irrefutable proof emerges that a small cabal of FBI headquarters decision-makers was hellbent on undoing a presidency. I know it sounds strange to hear me make such an accusation. I’m the guy who long attempted to thread the needle, accounting for honest human frailties, trusting that mistakes should not always be chalked up to malice or sinister intent. Cautious skepticism was a default mindset that served me well across a quarter century as an FBI investigator. That condition failed me here because one thing is clear: Michael Flynn got railroaded.

After reviewing what the new documents expose, Gagliano concludes, "If this doesn’t bother you, you might be a party-over-country partisan." Both pieces excerpted above mention this infamous comment from Comey, during an interview with MSNBC's Nicole Wallace:

For insight into the FBI's strategy when it conducted what Flynn's lawyers allege was an ambush perjury trap interview of Flynn, don't forget the admissions made by Comey himself. If you want to understand the controversy, watch this interview right now.https://t.co/6vbSaTz9ED pic.twitter.com/XzOptuD0uC

Wallace: “You look at this White House now and it’s hard to imagine two FBI agents ending up in the Sit room, how did that happen?”

The fact that the Comey FBI resorted to these sorts of tactics, including the disturbing fact pattern around the Flynn interview, despite having no evidence to support the "collusion" theory, is disturbing. To be clear, I don't think Flynn was a good choice for the job. This performance was unbecoming, he made a choice to mislead Vice President Pence about his contact with a Russian official (which is what got him fired, at least officially), and his shady dealings with the increasingly autocratic Turkish government were a serious problem, in my book. But those legitimate reservations and concerns do not mean that he wasn't railroaded, or that the FBI didn't engage in politically-motivated abuse. I'll leave you with my discussion with Strassel about this issue on my radio program: