Yes, Ted Cruz is Constitutionally Eligible to Be President 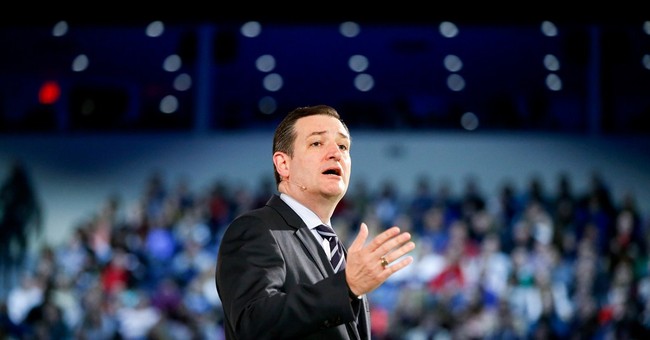 In light of Ted Cruz's presidential announcement this morning, the "issue" of his Constitutional eligibility has again cropped up in some circles. Allow me, therefore, to re-up this post I wrote almost exactly two years ago:


Hey, at least they're bipartisan.  For the uninitiated, the Texas Senator and conservative stalwart was born in Calgary, Canada -- prompting some to insist that he's not a "natural born citizen" and is therefore ineligible for the presidency.  But there are only two types of citizens under the law: Natural born Americans (from birth), and naturalized Americans, who undergo the legal process of becoming a US citizen.  Cruz never experienced the latter proceedings because he didn't need to; his mother was born and raised in Delaware, rendering Cruz an American citizen from the moment of his birth abroad.  Meanwhile, Cruz hasn't even indicated if he has any designs to pursue a White House run -- he's got his hands full in the United States Senate.  National Review has more on this preposterous "debate:"

Legal scholars are firm about Cruz’s eligibility. “Of course he’s eligible,” Harvard law professor Alan Dershowitz tells National Review Online. “He’s a natural-born, not a naturalized, citizen.” Eugene Volokh, a professor at the UCLA School of Law and longtime friend of Cruz, agrees, saying the senator was “a citizen at birth, and thus a natural-born citizen — as opposed to a naturalized citizen, which I understand to mean someone who becomes a citizen after birth.” Federal law extends citizenship beyond those granted it by the 14th Amendment: It confers the privilege on all those born outside of the United States whose parents are both citizens, provided one of them has been “physically present” in the United States for any period of time, as well as all those born outside of the United States to at least one citizen parent who, after the age of 14, has resided in the United States for at least five years. Cruz’s mother, who was born and raised in Delaware, meets the latter requirement, so Cruz himself is undoubtedly an American citizen.

No court has ruled what makes a “natural-born citizen,” but there appears to be a consensus that the term refers to those who gain American citizenship by birth rather than by naturalization — again, including Texas’s junior senator. Cruz, a constitutional lawyer, is unequivocal on the question. His press secretary, Catherine Frazier, tells National Review Online that, while a 2016 run is far from his mind right now — he’s “fully focused on his role representing Texans in the U.S. Senate” — there should be no confusion about his presidential eligibility. “He is a U.S. citizen by birth, having been born in Calgary to an American-born mother,” Frazier says.


The Cruz questioners adhere to a slightly different strain of birtherism than Obama's critics, who have questioned the authenticity of his Hawaiian birth.  Whereas the Obama doubters allege a full-blown conspiracy to hide the president's true origins, the Cruz crew is quarreling over an interpretation of the law.  Sen. Marco Rubio has also drawn birthers' attention, but for a third reason.  This group concedes that Rubio was born on US soil in Miami to Cuban parents, but asserts that "anchor babies" shouldn't be considered natural born citizens under the 14th Amendment.  This is also a legally dubious interpretation, to put it charitably.  To recap, the birthers have latched on to three separate forms of eligibility skepticism:  (1) A politician is lying about being born in America, (2) a politician was born in another country, which precludes him from claiming "natural born" status, and (3) a politician was born in America, but his parents weren't citizens at the time.  The Congressional Research Service offers a succinct explanation of how the "natural born" clause should be applied:


Two other prominent Republicans have attracted birther scrutiny: Louisiana Governor Bobby Jindal, who was born in Baton Rouge to Indian immigrants, and Mitt Romney, a native of Michigan.  Romney's father, who ran for president in in 1968, was born to American parents in Mexico.  I'll leave you with a tip of the hat to the Huffington Post for coining the term, "equal opportunity annoyers" to describe the (marginal) birther movement.  Perfect.