Obama's War on Everybody, Including You 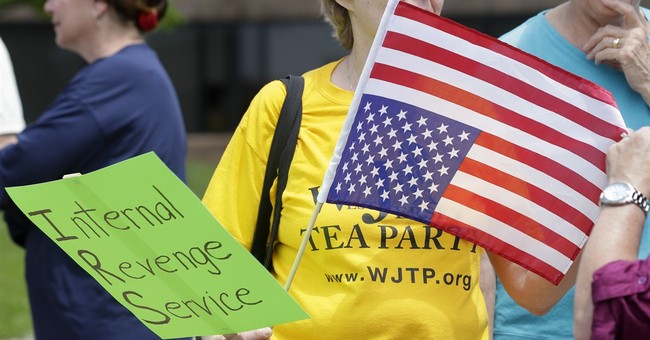 Townhall Magazine’s October 2013 issue is here! Check out an exclusive sneak peek of some of our top stories, and order Townhall Magazine today for these can't-miss articles:

--Pavlich: "The Price of Obama’s Victory Laps? Body Bags": Obama’s verbal victory laps on al Qaeda don’t add up to the number of body bags coming home from Afghanistan under his watch.

--"Obama’s Wars": Less than a year into his second term, Obama has waged war on everyone—from gun owners to the media to the tea party. Scroll down for an exclusive excerpt!

--"Fightin’ Words": Hate speech laws in democracies around the world curtail freedoms of groups as diverse as Christian street preachers and famous perfume makers. But it may not always be the case that Americans’ speech is more free than the rest of the world.

--"Why the Media Hates the South": As evidenced in a slew of recent stories, the U.S. media have betrayed a willingness to indulge in misleading and outdated cultural stereotypes when it comes to the South.

In 2004, Barack Obama, then aspiring Senate candidate from Illinois, sought to bring the country together in what became a heavily praised speech at the Democratic National Convention.

Now, nine years later, that speech feels like a lifetime ago.

Since being elected president of the United States in 2008, the 44th president has divided the nation, waging war on those he disagreed with and those who stood in the way of his political ambitions. From his criticism of the Supreme Court’s Citizens United decision at the 2010 State of the Union (as some of the justices watched) to his dismissal of the GOP House Budget while one of its main authors—Rep. Paul Ryan of Wisconsin—sat a few feet away (he was invited by the White House), Obama has often attacked or disparaged his opponents while offering them few opportunities to respond (though he later admitted the Ryan incident was a mistake).

But his critiques aren’t simply aimed at public figures. His attacks have sought a variety of targets—including many working-class Americans simply trying to survive in a tough economy.

Want lower taxes and less bloated government? Then you fit the profile of one of many Americans the Obama administration has sought to disparage and attack.

The most obvious target of this administration has been the tea party— grassroots activists who have publicly fought for a more limited government. That conservative ideology often puts them in contention with the liberal president. In a 2010 Rolling Stone interview, the president said that the tea party was “a mixed bag of a lot of different strains in American politics.” He later added, “[T]here are probably some aspects of the Tea Party that are a little darker, that have to do with anti-immigrant sentiment or are troubled by what I represent as the president. So I think it’s hard to characterize the Tea Party as a whole, and I think it’s still defining itself.”

In an excerpt from his book posted on the U.S. News and World Report website, author Kenneth Walsh wrote that the president “agreed that there was a ‘subterranean agenda’ in the anti- Obama movement—a racially biased one—that was unfortunate.”

“In May 2010, he told guests at a private White House dinner that race was probably a key component in the rising opposition to his presidency from conservatives, especially right-wing activists in the anti-incumbent ‘Tea Party’ movement that was then surging across the country,” the excerpt read in part.

Then the news broke that the IRS had severely scrutinized and sometimes delayed tea party applications for taxexempt status. According to conservative columnist Charles Krauthammer, Obama helped create an atmosphere conducive to this abuse. ...