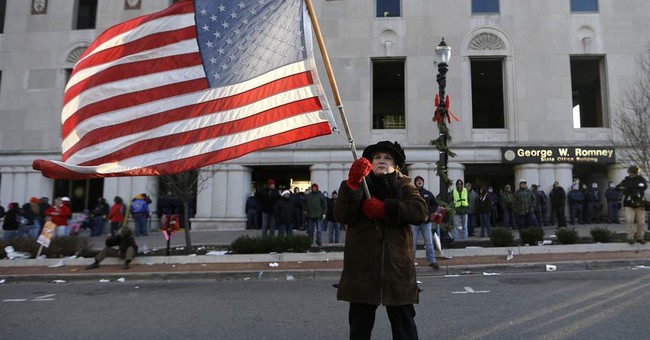 The path from a second-grade classroom to the cockpit of a commercial jet is a long one.

In fact, some might say it’s an almost impossible road when no one in your immediate family has a college degree, connections to aviation or a large discretionary budget. Flight training is expensive, particularly so for a kid who already has to pay a third of his high school tuition on his own.

This is the definition of making your own luck. This requires sacrifices like eating popcorn for three straight days in college because the budget is so tight.

Even when you graduate college, there’s no guarantee you’ll get a well-paying job at an airline. So you take what jobs you can in the industry, working hard, moving where you need to, making doors out of peepholes of opportunity.

And in the end, it pays off. You get your dream of being a pilot.

This is my dad’s story. What makes it so American, and so worthy to be told on the 4th of July, is that, in this country, such a story can be a commonplace occurrence. In Europe, Cinderella is a fairy tale. But in America, it’s a reality.

In many ways, my dad’s tale is the culmination of the story you’ll read about on page 48, which details 10 Founding Fathers you’ve likely never heard of, and how their sacrifices over 200 years ago breathed freedom into the lives of generations of Americans. My father soaks those freedoms up—from his First Amendment freedom to practice Christianity to his Second Amendment freedom to keep and bear arms. And his dogged pursuit of a dream to be a pilot, I think, would bring a smile to those Founders’ faces.

They didn’t just fight for the big things; they fought for the little things, too, like the freedom to follow whatever work you desired.

It’s a fight that never ends, frankly. Some people fight it my dad’s way—by being thankful for every opportunity, by in fact taking those opportunities and making more of what was initially given, and by living the freedoms those Founders wanted lived in their country. There are others for whom the fight means even more sacrifice—those who serve our country in the military, and the families who surround them. Such is the state of those attending military academies this year, something we take a closer look at in our “Called to Serve” feature this month.

But part of maintaining that freedom is taking time to celebrate it.

Of all the quotes from the Founding Fathers, one I find incredibly powerful this time of year is from a letter by John Adams. Keep it in mind as you celebrate our country’s birthday this year (albeit, we celebrate two days later than Adams predicted): “The Second Day of July 1776, will be the most memorable Epocha, in the History of America. I am apt to believe that it will be celebrated, by succeeding Generations, as the great anniversary Festival. It ought to be commemorated, as the Day of Deliverance by solemn Acts of Devotion to God Almighty. It ought to be solemnized with Pomp and Parade, with Shews, Games, Sports, Guns, Bells, Bonfires and Illuminations from one End of this Continent to the other from this Time forward forever more. You will think me transported with Enthusiasm but I am not. I am well aware of the Toil and Blood and Treasure, that it will cost Us to maintain this Declaration, and support and defend these States. Yet through all the Gloom I can see the Rays of ravishing Light and Glory. I can see that the End is more than worth all the Means. And that Posterity will tryumph in that Days Transaction, even altho We should rue it, which I trust in God We shall not.”