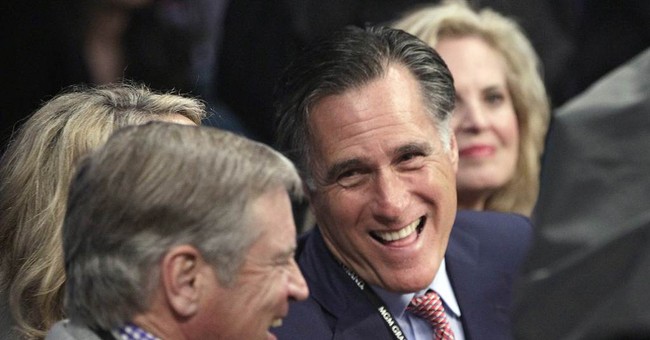 Before you consume large portions of Thanksgiving deliciousness tomorrow, do check out the latest Quinnipiac poll surveying the crowded and presumptive 2016 presidential field. It may (or may not) give you heartburn:

Mitt Romney, the Republican Party's unsuccessful presidential nominee in 2012, leads the field for the 2016 election among Republican voters, according to a Quinnipiac University poll released on Wednesday.

The former Massachusetts governor would have a slight edge over potential Democratic candidate Hillary Clinton by 45 percent to 44 percent in a general election, the poll found.

Amazingly, Romney leads all other Republicans surveyed, and is beating Hillary Clinton in a hypothetic head-to-head matchup. Perhaps, then, it's finally time to eschew the “loser for life” label.

It doesn't quite seem to fit.