Gallup: 49% Now Say the War in Afghanistan Was a "Mistake," an All-Time High 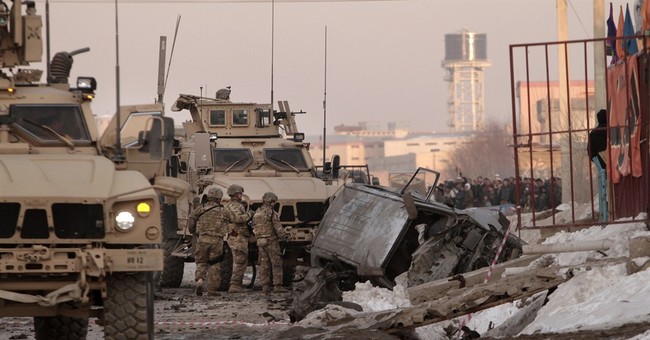 Gallup started polling the public about the conflict in Afghanistan in 2001 shortly after the initial invasion began. Since then, the public has grown steadily less supportive of the war. Today, however, nearly half of respondents say it was a “mistake”:

Gallup first asked Americans about U.S. intervention in Afghanistan in November 2001, just after the U.S. sent armed forces into that country in an effort to retaliate against those who had harbored the al Qaeda terrorists responsible for the 9/11 attacks. At that point, fewer than one in 10 Americans said U.S. involvement there was a mistake -- the most positive assessment of any war since Gallup first asked the "mistake" question during the Korean War in 1950. Clearly, in the turbulent atmosphere and general "rally effect" environment that followed 9/11, Americans were overwhelmingly supportive of the decision to send the U.S. military to Afghanistan.

Americans' perceptions that U.S. involvement in Afghanistan was a mistake rose as the war continued, although there were some ups and downs over the years. The "mistake" percentage reached 25% in 2004, and surpassed 30% for the first time in 2008, and 40% in 2010. Now, in Gallup's Feb. 6-9, 2014, World Affairs survey, conducted some 12 years and four months after action in Afghanistan began, Americans' views essentially split down the middle, with 49% saying involvement there was a mistake and 48% saying it was not.

Curiously, unlike other modern conflicts, Americans firmly supported U.S. intervention in Afghanistan for more than a decade before a plurality of Gallup respondents finally lost faith in the mission:

And of course, Democrats are more inclined today to say the war was a mistake than Republicans: