Gates: By the Way, Harry Reid Saying the War in Iraq was Lost in '07 Was "Disgraceful" 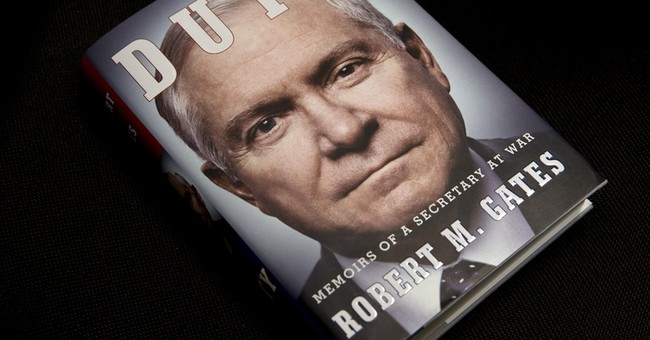 My colleague Ed Morrissey flagged this story earlier today, and as he noted at the time, the full quote is way worse than his headline let on: Senate Majority Leader Harry Reid’s proclamation in 2007 that the Iraq War was lost, Gates told the crew at Morning Joe, was “one of the most disgraceful things I’ve ever heard a politician say.” And this is a guy who’s been around politicians practically his entire professional career.

Obviously the sense of revulsion I felt when he accused Scott Brown of being too scared to debate Elizabeth Warren -- and Mitt Romney of not paying his taxes in ten years without offering proof-- was quite high. But declaring a war lost when it wasn’t -- an insult to every American veteran serving (and who had served) in that theatre of war -- has got to be one of the stupidest and most callous things he’s ever said in his life (via WFB):

Reid voted in favor of the Iraq War Resolution only to later declare the conflict prematurely lost. He was wrong. Small wonder, then, Robert Gates found the comment so “disgraceful.”