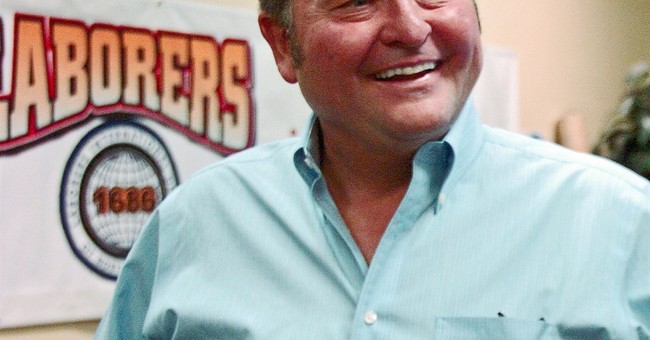 There were many reasons why Hillary Clinton didn’t clinch the Democratic presidential nomination in 2008. One reason, of course, was because she voted in favor of the Iraq War -- a deeply unpopular conflict that then-State Senator Barack Obama opposed from the beginning. This is why the anti-war Left ultimately sided with him and not the more experienced -- and more qualified -- presidential candidate.

Naturally, four years later the issue isn’t going away. Speaking at a progressive event last night in Iowa, a former Democratic governor widely rumored to be mulling a presidential run brought up the Iraq War, castigating “a bunch of Democrats” (read: Hillary Clinton) who sided with President Bush and Congressional Republicans to authorize the invasion:

Speaking before a crowd at Progress Iowa on Wednesday night, Schweitzer spoke about threats in the Middle East and what he called a war for oil in Iraq.

“When we were attacked at 9/11 by 17 Saudis and two Egyptians who called themselves Al Qaeda, who weren’t welcome in Iraq, and George Bush got a bunch of Democrats to vote to go to that war, I was just shaking my head in Montana,” Schweitzer said, according to audio from Radio Iowa.

Schweitzer never mentioned the former secretary of state by name, but Clinton was a senator at the time who voted to authorize the war in Iraq, and her vote was a key component of President Barack Obama’s successful campaign against her in the 2008 primary.

Indeed. And for what it’s worth, Schweitzer knew exactly what he was doing:

Schweitzer was reportedly asked about his comments after the event and responded with a grin, according to The Des Moines Register.

“Did she vote for it? I didn’t keep track. I think there were 21 Democrats who didn’t vote for it, she might’ve been one of those,” he said to reporters.

Nonetheless, Hillary Clinton told Barbara Walters she'll announce whether or not she’ll run “sometime next year.” But it appears the primary season is already underway.