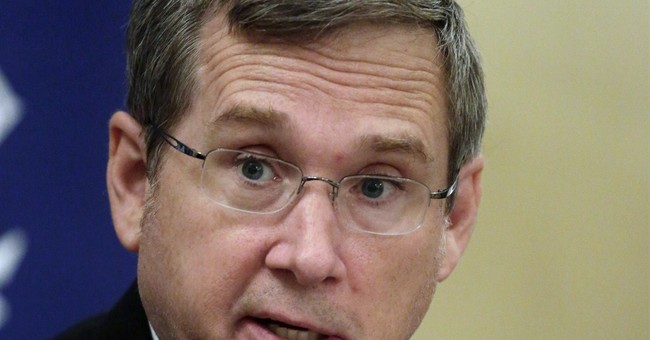 Senator Mark Kirk of Illinois bucked his Republican colleagues yesterday and sided with Senate Democrats to keep taxpayer money flowing to Planned Parenthood. Kirk, who has a 25 percent rating from NARAL (the nation's leading pro-abortion group), defended his vote to sustain the Democratic filibuster on the grounds that Planned Parenthood does not sell baby parts in his home state of Illinois.

“In other states tissue donation programs should be investigated but in Illinois there is no similar program,” Kirk said in a statement to The Hill. “I do not plan to cut access to basic health care and contraception for women, the majority of whom have no other resources.”

Apparently, it was of no consequence to the senator that Planned Parenthood illegally sells baby parts in the United States, the country whose laws Kirk has sworn to defend.

Kirk was the only Senate Republican to defend Planned Parenthood's revenue stream and side with the Democrats. Mitch McConnell did vote to sustain the filibuster, but only for procedural reasons so that he could bring the bill up again in September. In addition, two Democrats bucked their party and voted to defund Planned Parenthood: Joe Manchin (D-WV) and Joe Donnelly (D-IN).

Kirk is up for reelection next year and could be running to the left to avoid criticism in his home state. Yet this vote is quite consistent with his pro-abortion history. In 2000, he ran for Congress as a pro-choice politician, and in the mid-2000s, he voted to allow embryonic stem cell research, and later to expand it.

Kirk had a 100 percent rating from NARAL back in 2003, but NARAL reduced his rating to 25 percent after he opposed the provision of Obamacare that allowed for taxpayer funding of abortion. Kirk has said he is against such public funding, even though he remains pro-abortion.

But this is now election season, and the long arm of the Chicago political machine is unforgiving.

Whatever the case, when it comes to action on abortion, Senate Republicans can count on a full army, minus one.