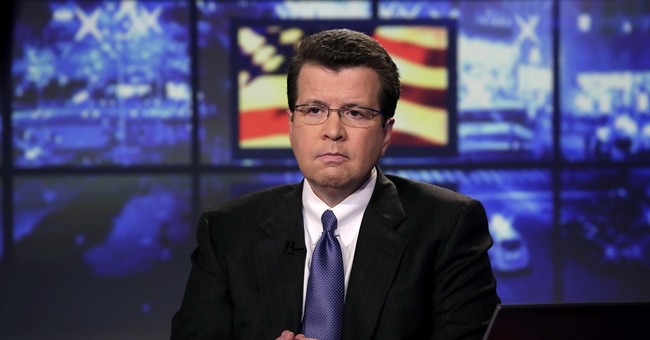 Democratic presidential nominee Joe Biden gave another doomsday speech on Wednesday about the coronavirus, again taking a chance to downplay President Trump's optimistic take on how we'll be able to emerge from this crisis. Echoing his sunny keynote speech at the Democratic National Convention, Biden informed the American electorate that despite what the president says, "no miracle is coming."

So many news outlets have been fact checking President Trump in real time, that Fox News's Neil Cavuto decided to do the same and do some digging on the claims that came out of Biden's mouth. For instance, he took aim at Biden's suggestion that the eventual COVID-19 vaccine would first go to the wealthy once approved by the FDA.

“He also said that he that this idea of a vaccine could take quite a while," Cavuto recapped. "Of that, it would take at least months to be fully distributed to the entire population and on an order basis, not based on people's wealth…So I don't know where he got the notion that somehow the Trump administration or others would target the richest to get such a vaccine first. He did say, by the way, trust vaccines, trust science, but do not trust Donald Trump.”

He also wanted to "clarify" what Biden said about universal face masks potentially cutting the amount of deaths in half. In some states where the virus isn't much of a problem, "that would probably be more of a burden than it would be a help," the anchor noted.

At one point during Biden's presser, one of the pre-selected reporters he called on from his list asked him if he could explain why voters routinely trust President Trump on the economy more than the former vice president. Biden said it wasn't fair to compare himself to Trump on the economy because he's "been out of office for four years," but argued that the last three years of the Obama-Biden administration were better than Trump's first three years.

“The fact of the matter is we average presidents out over their entire time in office," Cavuto noted. "To be fair, the Obama-Biden team inherited a meltdown when they came into office and we were bleeding jobs at the rate of a million a month that eventually turned around. But the average, if you look at it, eight years, was among the more anemic job recoveries we've seen in U.S. history. So I just wanted to make sure we were comparing apples to apples, oranges to oranges.”

Cavuto goes on to note that even the Federal Reserve acknowledged that unemployment is improving and that it could fall to 5.5 percent by next year.

"The notion raised by the former VP that things are going to hell in a hand basket," Cavuto said, "is not so."