Milwaukee DNC Cuts Staff in Half 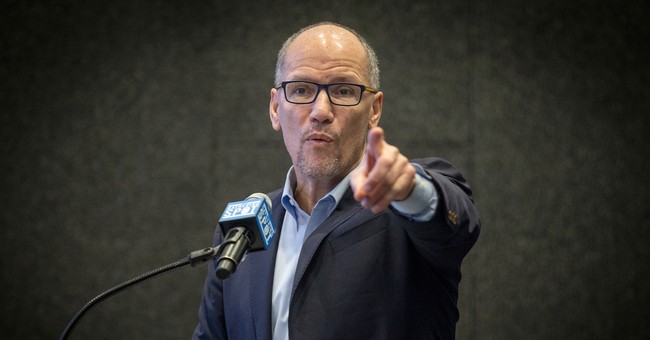 The Milwaukee 2020 Host Committee, tasked with raising millions of dollars for the party's nominating convention, announced Thursday that it has slashed its staff in half because of the adverse economic effects of the coronavirus. The committee is reduced from 31 to 14 employees.

“The entire nation is facing the unprecedented challenge of responding to the coronavirus pandemic, and unfortunately, the Milwaukee 2020 Host Committee is no different," committee CEO Raquel Filmanowicz said. "In this climate of uncertainty, we must adjust our plans to match the new reality we’re facing as a nation."

As of now, Joe Solmonese, CEO of the Democratic National Convention Committee, said they've raised about half of the $70 million needed for the event. And that's just the start of their problems.

Last month the DNC announced it would be postponing its convention until August, just a few days before the RNC convention in Charlotte, North Carolina.

In light of the unprecedented health crisis facing our country, the 2020 Democratic National Convention will now be held the week of August 17 in Milwaukee, providing our team more time to determine the most appropriate structure for this historic event.https://t.co/DybjUJuUUA

An RNC committee official predicted the DNC's woes well before COVID-19 entered the picture. Thanks to disorganization, slow schedules, and a severe lack of enthusiasm among Democrats, the official said, the DNC convention was already doomed.

Why should Democrats be enthused, the RNC argued. Of their top two candidates at the time, one was a socialist and the other was a gaffe machine. The RNC suggested the real reason the Democrats delayed was so they could "buy time" and find a candidate that was more desirable.

"Bernie was out talking and raising money, but the most Biden could do was a couple tweets, and haphazard videos from his basement," the RNC official noted. "It's spooked the entire Democratic establishment. They're trying to buy time and maybe get a new coherent message and messenger."

Of course, Sen. Bernie Sanders has since dropped out of the race and Joe Biden is the last one standing.