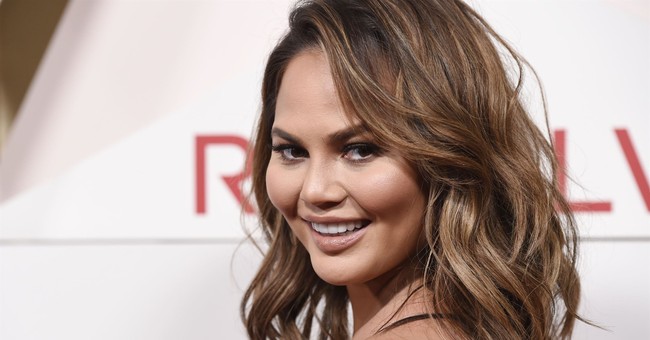 President Trump wondered aloud on Twitter on Monday why celebrity couple John Legend and Chrissy Teigen are not singing his praises. They are supposedly huge proponents of criminal justice reform, so why not give him some kudos for the First Step Act? Instead, Teigen has lashed out at the president, calling him a "vile human being," and Legend has referred to him as a "piece of s**t."

When all of the people pushing so hard for Criminal Justice Reform were unable to come even close to getting it done, they came to me as a group and asked for my help. I got it done with a group of Senators & others who would never have gone for it. Obama couldn’t come close....

....A man named @VanJones68, and many others, were profusely grateful (at that time!). I SIGNED IT INTO LAW, no one else did, & Republicans deserve much credit. But now that it is passed, people that had virtually nothing to do with it are taking the praise. Guys like boring.....

....musician @johnlegend, and his filthy mouthed wife, are talking now about how great it is - but I didn’t see them around when we needed help getting it passed. “Anchor”@LesterHoltNBC doesn’t even bring up the subject of President Trump or the Republicans when talking about....

.....the importance or passage of Criminal Justice Reform. They only talk about the minor players, or people that had nothing to do with it...And the people that so desperately sought my help when everyone else had failed, all they talk about now is Impeaching President Trump!

"lol what a p*ssy ass bitch. tagged everyone but me. an honor, mister president."

the absolute best part of his tweet is I literally didn't speak in the special, nor was I mentioned. I'm cackling at the pointless addition of me because he cannot not be a bitch pic.twitter.com/9ZkV7bh4FA

Legend reacted to the president's Twitter thread too, deciding to appeal to the first lady.

Imagine being president of a whole country and spending your Sunday night hate-watching MSNBC hoping somebody--ANYBODY--will praise you. Melania, please praise this man. He needs you.

Trump has had much better luck with celebrity couple Kanye West and Kim Kardashian. Last year, the latter personally lobbied the president for the release of Alice Johnson, a great grandmother who was jailed for life for a first-time, nonviolent drug offense. Trump listened, kept his word and gave the inmate a second chance, and both Johnson and Kardashian were grateful. Kardashian even delivered a few remarks at a First Step Act ceremony at the White House in June, where she thanked the president for "standing behind the issue." She further revealed that the White House's efforts encouraged her to start a new ride-share program that would offer credits to former prisoners to help them commute to job interviews and work.

Trump returned the compliments, predicting that Kardashian, who wants to study law, will be "a fantastic lawyer."