Dayton Mayor Rips Washington: 'A Lot of Nothing' Happening There 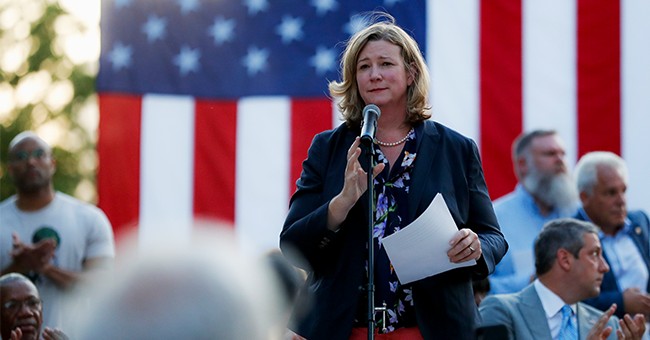 Dayton, Ohio Mayor Nan Whaley's arms aren't quite as open for President Trump as those of her counterpart in El Paso, Texas. El Paso Mayor Dee Margo praised the president for being "very gracious" in a recent phone call, and for offering resources in the wake of Saturday's mass shooting. He said that when Trump comes to visit on Wednesday, he'll welcome him in his official capacity as mayor because that's his "duty."

Mayor Whaley, on the other hand, publicly rebuked Trump for his response to the tragedies. The president delivered remarks from the White House on Monday, condemning white supremacy and announcing stricter capital punishment laws for mass murderers. He also suggested a few gun reform proposals. But the next day he caused a furor by clapping back at President Obama on Twitter for suggesting his "racist" rhetoric incited the violence.

"I'm disappointed in his remarks," Whaley said on Tuesday. "Watching the president over the past few years on the issues of guns...I don't know if he knows what he believes."

Whaley also didn't appreciate Trump's slip of the tongue on Monday, when he confused Dayton with Toledo.

On President Trump misstating the location of the Ohio shooting, Dayton Mayor Nan Whaley says, "My immediate reaction is people from the Coast never understand Ohio and they think all Ohio cities are the same, and it’s an exhausting issue we have all the time."

She even made a joke about it the day before.

Mayor of Dayton Nan Whaley: "I've heard that [President Trump's] coming Wednesday but I have not gotten a call. And you know he might be going to Toledo, I don't know." pic.twitter.com/CYnyF6hA31

A 21-year-old suspect killed 22 people at a WalMart on Saturday. Twenty people died on the spot, two more died from their injuries on Monday. Before he fired his gun, the suspect posted a manifesto online claiming white nationalism and condemning the "Hispanic invasion of Texas." In Dayton, nine more people were murdered by a mass shooter who claimed leftist views and had once been suspended from high school for writing a "hit list."

From what it sounds like, Whaley doesn't expect much from Trump's visit. She could only "hope" that he's coming with the intention of adding "value" to their community.

But her quarrel was not just with the president. She said she's fed up with all of Washington. She supports an assault weapons ban and other forms of gun control, as well as more mental health access, but she regrets there's been no movement in Congress.

"You see a lot of nothing happening on a lot of issues," in D.C., Whaley said. "Particularly common-sense gun reform."