Will Hurd, Only Black Republican in the House, to Retire 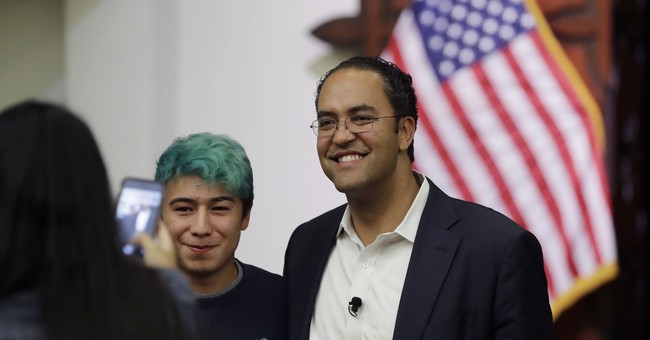 Rep. Will Hurd is calling it quits. The Texas Republican announced on Thursday that he will not seek re-election. He'll leave Congress to then go and "solve problems at the nexus between technology and national security."

I have made the decision to not seek reelection for the 23rd Congressional District of Texas in order to pursue opportunities outside the halls of Congress to solve problems at the nexus between technology and national security. https://t.co/GeZ4Hh264f

Hurd gets more specific in a lengthy Twitter thread following the surprise announcement. He worked at the CIA before jumping into politics, and national security matters are still a top priority for him. Now, the best way he can help the U.S. fight against cyberattacks, Hurd explained, is in the private sector.

The congressman appears to have a legitimate reason for leaving Capitol Hill. But analysts say the GOP should be concerned. After all, Hurd was the lone black Republican in the House.

He's also one of several Republicans to recently announce retirement. In the past two weeks, Reps. Paul Mitchell (MI), Pete Olson (TX), Martha Roby (AL), and Rob Bishop (UT) have all declared that this is their last term. Roby is one of just 13 female Republican House members in Congress. Another of those 13, Rep. Susan Brooks (IN), announced her retirement earlier this year. Again, not the best optics for the party.

In addition to what Hurd's exit means for the GOP's future, the bigger tragedy may be the Twitter loss. His handle, @HurdontheHill, is one of the platform's finest.