His Week Is Getting Better: Congress Fails to Override Trump Veto 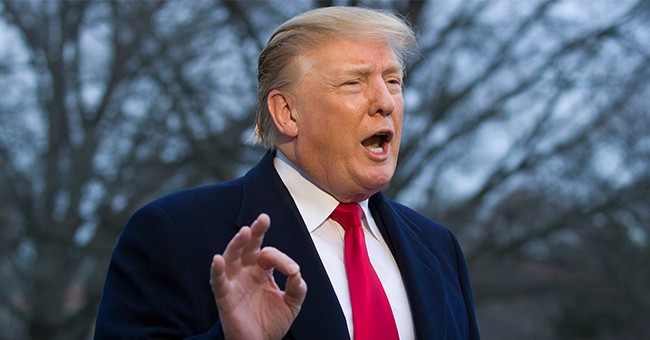 UPDATE: Hold the phone. House Speaker Nancy Pelosi says this fight is not over.

After veto override fails Pelosi suggests House may vote again to block national emergency in 6 months: "We will continue to review all options to protect our Constitution and our Democracy from the President’s assault.”

Congress has failed to reach the two-thirds majority they need to override President Trump's veto of their resolution against his emergency declaration order. The final tally was 248-181.

Breaking: The U.S. House lacks the votes needed to override Trump’s veto of a resolution that would overturn his emergency declaration to build a wall on the southern border without congressional approval, @business reports.

In his emergency declaration order, Trump announced he had found $8 billion to expand a wall at the U.S.-Mexico border. Both the House and Senate, concerned about the constitutionality of the declaration, passed a disapproval resolution to block it, which prompted Trump to use his veto power for the first time. Thirteen Republicans supported the effort to block the emergency order.

Trump is enjoying a string of wins this week. The news out of Capitol Hill comes after the DOJ sided with U.S. District Court Judge Reed O'Connor that Obamacare's individual mandate is unconstitutional, and after Robert Mueller concluded the president did not collude with Russia.

Recommended
Did You See What the Latest Wuhan Coronavirus Variant Was Supposed to Be Called?
Katie Pavlich

After he had lunch with the president, Senate Majority Leader Mitch McConnell told reporters that Trump was in "a very good mood for obvious reasons."

The Salvation Army Has Gone Woke Too Now, and They're Losing Support
Townhall
Governor of Mass. was against travel restrictions before he was for them
Twitchy
Dance With the Guy Who Brung Ya: Democrat Freak-out Begins Over 2022
Redstate
Whose Land Did Native Americans Steal Before Europeans Stole It From Them?
PJ Media