Slate Writers Are 'Prepared' to Strike 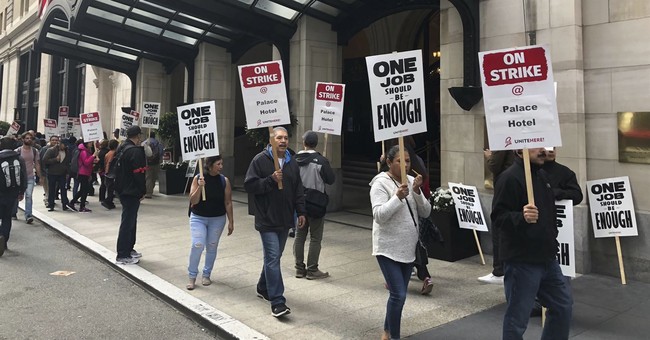 The liberal magazine Slate is prepared to go on strike. Their union tweeted out the results of their strike authorization vote, which was nearly unanimous.

Today we’re announcing the results of our strike authorization vote. Last week, 100 percent of our bargaining unit voted and 98 percent chose to authorize a strike if necessary. We’re proud of this overwhelming representation of solidarity.

We’ve been bargaining our contract for 8 months. We’re excited by a lot of what we’ve achieved at the table. But we’re still dismayed by management’s position on certain key issues.

The union, which is affiliated with the Writers’ Guild of America East, goes on to explain that they are especially enraged by the management's inclusion of a right-to-work clause in their contract, which they claim is intended to undermine their legitimacy.

The workers insist they want to "make the strongest, best Slate possible."