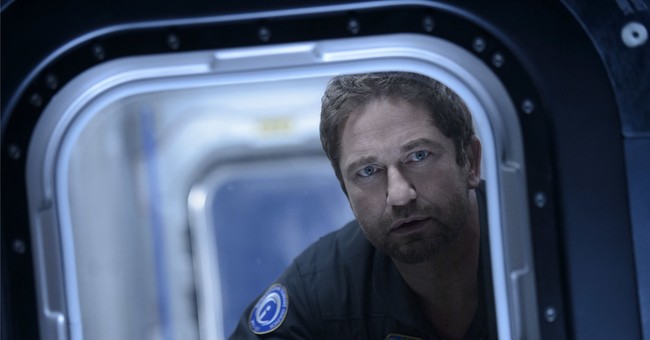 Actor Gerard Butler paid a visit to the Pentagon Monday to share an important message about his new film. Butler stars as Captain Joe Glass in Hunter Killer, a film about a Navy submarine crew who teams up with Navy SEALs to disrupt a Russian coup. Butler said he and his costars had planned to promote the movie in Saudi Arabia, but recent events have forced them to change their plans.

On October 2, Saudi journalist and U.S. resident Jama Khashoggi disappeared. He was last seen walking into the Saudi consulate in Instanbul, Turkey to obtain documents needed for his upcoming wedding. There is no video footage of him leaving the building, causing many to suspect he was murdered inside.

King Salman and Crown Prince Mohammed Bin Salman deny the government was involved in the journalist's disappearance. Khashoggi contributed to the Washington Post and often criticized the Saudi government. President Trump said that if Saudi Arabia is to blame, it can expect "severe punishment." He sent Secretary of State Mike Pompeo to meet with Salman on Monday to discuss the situation.

With Khashoggi's fate yet unknown, Butler said it just wasn't an appropriate time to promote their film there.

“Press freedom or not, just not for us to get involved with basically,” he added.

Actor Gerard Butler explains why he cancelled trip to Saudi Arabia to promote his new movie “Hunter Killer” in the wake of the alleged murder of journalist Jamal Khashoggi. Was supposed to meet Saudi Crown Prince MBS, who is accused of ordering murder. pic.twitter.com/wzQmzb9xSz

Butler said he "felt badly" for the Saudi film company "who did a lot of work in good faith for the movie," as well as the fans who were eager for the press tour, but it was a situation they "didn't want to get into."

Hunter Killer, which also stars Gary Oldman and Common, is in theaters October 26.