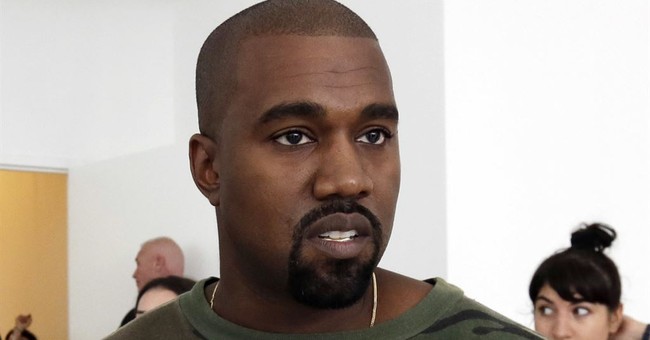 Kanye West, who recently changed his name to "Ye," showed up to "Saturday Night Live" this weekend with a Make America Great Again hat. It was a preview of what was to come.

Ye performed three songs, “I Love It” and “K.T.S.E.," and "Ghost Town," before grabbing the mic once more at the end of the show and telling the audience about his love for President Trump. His speech did not make it on to the television broadcast, but some viewers found it online.

KANYE SNL TALK THAT GOT CUT OFF FREEDOM OF SPEECH SHOULD HAVE EXTENDED pic.twitter.com/IpULoEJxsN

West revealed he had been "bullied" backstage by the SNL cast and crew.

Still, he thanked the people behind him for giving him the platform even though they "don't agree."

West also sounded off the news, which he said is "90 percent" liberal, and defended his support for Trump.

“So many times I talk to a white person and [they] say, ‘How could you like Trump, he’s racist?’ Well, if I was concerned about racism I would have moved out of America a long time ago,” West said.

Kanye went on to bash the Democrats who he says take “fathers out the home and promote welfare.” As you can see above, it made the cast pretty uncomfortable. Other social media users who had been following Chris Rock's Instagram found the comedian laughing at West throughout the speech.

There were awkward laughs and looks all around, but conservatives like Candace Owens were proud of his demonstration.

Kanye West is one of the bravest man in Hollywood right now. He was booed off stage last night for openly supporting Trump and telling the truth about the Democrats breaking down black families.

West first revealed his love for Trump in April on Twitter. He called the president his brother and tweeted a picture of him of wearing a MAGA hat. It angered plenty of people in Hollywood, but the artist did not back down, even when pressed by late night host Jimmy Kimmel.