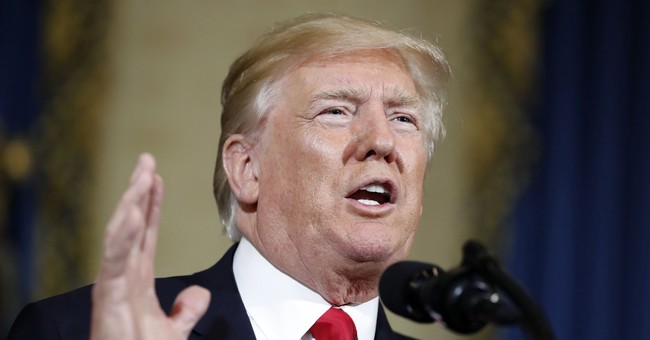 Four cities are charging President Trump with violating Article II of the Constitution, which demands he “take care that the laws be faithfully executed,” because of his latest effort to upend Obamacare. Last month, the administration announced it was freezing payments that are part of an Obamacare program that protects insurers with sicker patients from financial losses. The effort derails several proponents of his predecessor's health care legislation.

This includes making it easier for individuals and trade groups to purchase coverage outside the law’s insurance markets; threatening to eliminate cost-sharing reduction payments; cutting funding for “navigators,” or those who help individuals enroll in the program; and using federal funds Congress dedicated to implementing the law toward making videos criticizing it. (NBC News)

Insurer groups warned that the action would result in higher premiums.

The move “will significantly increase 2019 premiums for millions of individuals and small-business owners and could result in far fewer health plan choices,” Blue Cross Blue Shield Association president Scott Serota said in a statement. “It will undermine Americans’ access to affordable coverage, particularly those who need medical care the most.”

Chicago, Columbus, Cincinnati and Baltimore are now suing the Trump administration over the move, accusing the president of "undermining the law."

“They can be as much as 50-80 percent lower cost than the Affordable Care Act exchange plans,” Azar said on Wednesday. “We believe this could provide relief for well over 1 million people.”

As for repealing and replacing Obamacare as a whole, that effort has yet to see success in Congress - something that Trump won't let Sen. John McCain (R-AZ) forget.