Calls to Disband the Gun Recovery Unit in DC 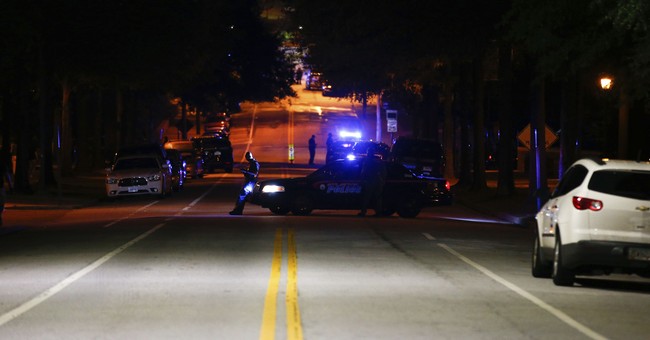 The Metropolitan Police Department's Gun Recovery Unit in Washington, D.C. is tasked with taking illegal guns off the streets. But, their tactics are being condemned by community members and local lawmakers. The unit has been engaging in "questionable searches" in communities like Deanwood, according to critics, which makes some citizens believe the police are targeting minorities. Earlier this month, video surfaced of police officers conducting a search without a warrant. Those officers were removed from GRU but remain on patrol.

Chief Newsham on stand for 2+ hours admits officers who conducted this backyard search were wrong not to communicate with family. Now both removed from Gun Recovery Unit but still on patrol in 6D & 7D pending investigation @wusa9 pic.twitter.com/q4fC9SrsEa

Resist This, an activist group, whose goal is to resist Trump “and the bigoted capitalist police horse he rode in on,” emailed supporters Thursday with a recounting of another unfortunate incident between the police and community members at a barber shop, which they say was another example of police harassment.

On June 13, 2018, the Metropolitan Police Department (MPD) harassed and conducted an illegal, violent stop-and-frisk of young men sitting in front of the Nook's. These young men have the permission of the owner who has known them since they were children. The video went viral and further exposed the ongoing harassment and violent action of the Gun Recovery Unit not only in front of Nook's but in Black neighborhoods all over DC.

When tensions mounted and the situation attracted media attention, MPD lied and said Nook's had called police and disparaged the business publicly in an effort to divide the community, the business suffered. The heavy presence of police lately has also continues to affect business. City officials as well as MPD have repeatedly and publicly criminalized the young Black men and women claiming the over-policing of that block is necessary due to the crime occurring there. The truth is MPD’s crime stats show a 50% drop in crime on that block for the last year.

Resist This is organizing a protest for next month to address perceived police violence.

GRU officers like Robert Underwood have a much different story.

“Every day these guys come to work they're looking down the barrel of a gun,” Underwood said.

“Perception is everything," he added. "Things do look bad and they're seeing 30, 45 second, maybe a minute clip of cellphone video. In a lot of cases they don't know what brought the unit there or what transpired beforehand.”

“It's not always going to look pretty, but they're not out there to hurt anybody or disrespect anybody or violate anyone's rights.”

The unit has managed to get almost 700 illegal guns off the streets in the past two years. Everyone should be considered a "life saved," according to the police union.