You Won't Believe Who Kanye Is Quoting Now 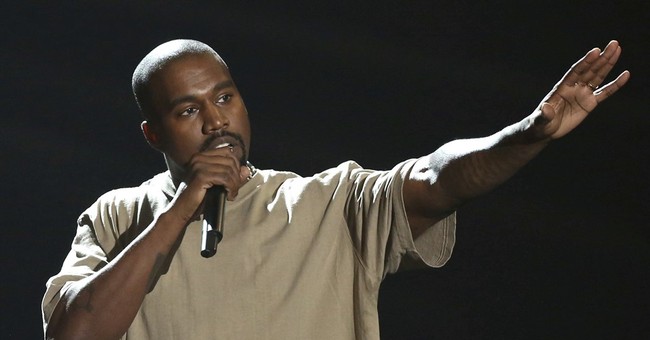 Rapper Kanye West has not apologized nor taken down any tweets expressing his support for President Trump. Other celebrities who have shared pro-Trump sentiments have quickly backpedaled in light of unflattering media reaction. For instance, almost as soon as Shania Twain told The Guardian she would have voted for Trump if she was an American citizen, she apologized.

Not Kanye. Once he starting tweeting about his pro-Trump beliefs, he just got bolder. First, he said he "loves" Trump and that he's his brother. Then, he started sharing photos of himself wearing a "Make America Great Again" hat. Then, he tweeted a photo of a signed MAGA hat.

He then turned his attention to liberal heroes and took them to task, including President Obama, who he said did "nothing" to fix Chicago.

One of Kanye's favorite pastimes is to take screenshots of texts from his friends and post them on Twitter. John Legend found that out the hard way, after Kanye shared several messages of his condemning his pro-Trump stance. On Monday, Kanye shared texts from another friend.

Conservatives were quick to note where his friend got those quotes. He was quoting Thomas Sowell, a well known black conservative economist.

Kanye is tweeting about Thomas Sowell... the world may never be the same https://t.co/Gm0fofpPyB

The revolution has begun. @charliekirk11 and @RealCandaceO met with @kanyewest yesterday. #MAGA pic.twitter.com/MAuCNrVUmF