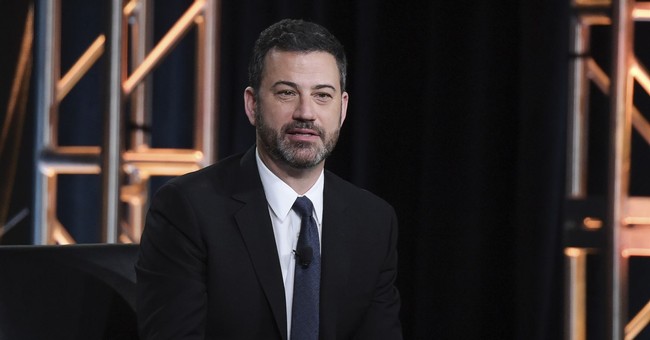 You may have missed the latest battle royale between late night talk show host Jimmy Kimmel and conservative media because it happened over the weekend.

Kimmel is a "despicable disgrace" and an "a** clown," Hannity told his viewers.

Two played at that game, with Kimmel responding to Hannity on his own show.

It got pretty ugly, with Hannity referring to Kimmel as "Harvey Weinstein Jr." at one point and Kimmel accusing the Fox host of being a shill for President Trump.

But, on Sunday, Kimmel backtracked and offered an apology for his part in the feud (although it was full of side digs at the Fox host).

Kyle Kashuv, a conservative Parkland survivor, suggested we accept the ABC host's apology, so as not to stoop to the level of those who refused to accept Fox host Laura Ingraham's apology for comments she made about one of his classmates, gun control activist David Hogg.

Unlike what the Left did with @IngrahamAngle, we should accept @jimmykimmel's apology https://t.co/qC0fQBgnkF

Others aren't so sure Kimmel is deserving of forgiveness. Outraged audiences want Kimmel off the air. Their online petition, which has amassed almost 150,000 signatures, demands a boycott of his show.

"This petition will be sent to the front door of Disney/ABC Studios in Burbank, CA," it reads. "Let's send a message that these attacks on our First Lady will NOT be tolerated!"

Whether the First Lady forgives Kimmel remains to be seen. But we'll know where Hannity stands tonight.

Just had this pop up. I am at a tournament with my daughter. I’ll have a full and comprehensive response tomorrow on Hannity. 9 EST FOX. pic.twitter.com/JLdZDa07BI