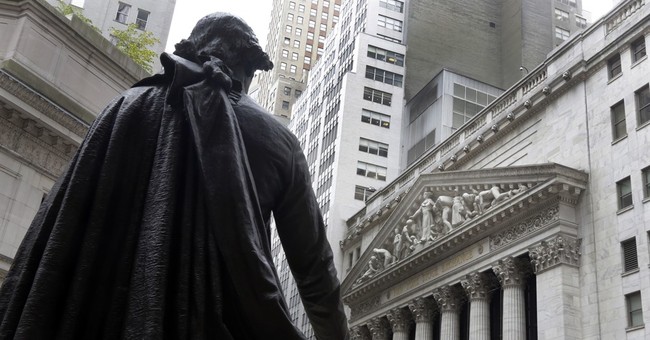 President Trump's prediction that progressives would soon demand the statues of past presidents be torn down has already come to fruition. Ajamu Baraka, Jill Stein's running mate on the Green Party ticket in the 2016 presidential election, has demanded the removal of monuments dedicated to Presidents George Washington and Thomas Jefferson.

If you want to remove symbols of white supremacy why are you limiting it to confederacy? Yes Trump, Jefferson & Washington must be next.

This is just what Trump feared during his press conference at Trump Tower Tuesday. First it's Confederates like Robert E. Lee, then progressives will start targeting other key historical figures who owned slaves, he noted.

“The Confederate statues in the halls of Congress have always been reprehensible,” she said.

Many were left wondering why it took her 30 years to express her disgust at the statues she walks by every day.

A VICE News editor, meanwhile, called for the removal of Mount Rushmore.

As for the rest of America, they want the statues to stay. Yes, not all of our history is rosy, but it's our history and we can't just erase it.

Ten Army bases are named after Confederate soldiers. Will those titles have to get an upgrade? Cities like New York were named after slave traders. Does the state have to change its name? What's off limits?