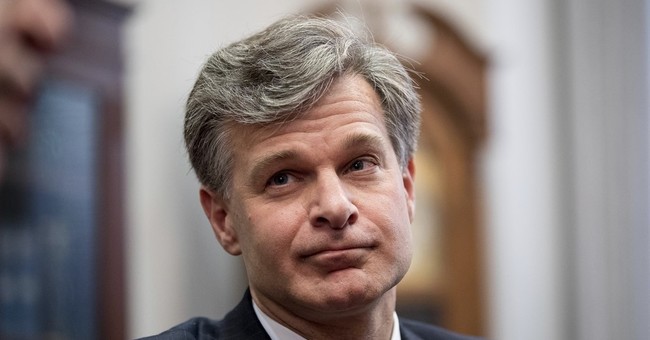 Christopher Wray, President Trump’s nominee to be the next director of the FBI, faced the Senate Judiciary Committee’s questions Wednesday at his first confirmation hearing.

Should he be confirmed, Wray pledged to practice integrity in his new role.

“My friends to this day, they taught me much about playing it straight and following the facts wherever they may lead.”

Those life lessons will follow him to the FBI, he said.

“If I am given the honor of leading this agency, I will never allow the FBI’s work to be driven by anything other than the facts, the law, and the impartial pursuit of justice. Period.

My loyalty is to the Constitution and the rule of law. They have been my guideposts throughout my career, and I will continue to adhere to them no matter the test.”

One of the questions at the front of senators’ minds was whether Wray would be able to act independently of President Trump, especially in light of reports that the president had asked Comey to pledge his loyalty to him.

First, however, came “softball” questions from Chairman Chuck Grassley (R-IA). The chairman wanted to know if Wray would indeed lead the FBI in a non-partisan manner, and whether he would be cooperative with congressional investigations.

“Anyone who thinks I would be pulling punches at FBI doesn’t know me very well,” Wray said.

He would also ensure the agency is “prompt” and “responsive” to respond to Congress’s oversight requests.

As for retaliation against whistleblowers, the nominee said that is “just wrong.”

Sen. Dianne Feinstein (D-CA) used her time to ask Wray for his view on the use of enhanced interrogation techniques.

During Sen. Patrick Leahy’s (D-VT) 10 minutes, the Democrat said he was “troubled” by the prompt firing of Comey. Comey was fired by Trump in May at the request of Attorney General Jeff Sessions and Deputy Attorney General Rod Rosenstein. In an urgent letter to Trump, the Justice Department officials argued that Comey had lost the confidence of the agency.

Yet, in an NBC interview, Trump suggested the Russian collusion investigations had something to do with it, Leahy reminded Wray. As such, the senator asked Wray to elaborate on whether the White House has made any similar kind of loyalty demands of him.

Sen. Lindsey Graham (R-SC) was the first to bring up the recent controversy regarding Donald Trump Jr.’s emails relating to his meeting with a Russian lawyer last year. He read out a few excerpts for Wray, who said he was not familiar with the content of the emails.

Wray said he could not speak to whether the situation posed a larger problem for the White House because he does not have the full context.

In light of the newly released Trump Jr. emails, does Wray agree with President Trump that the media’s probe into Russian collusion between the Trump campaign and Russia is a “witch hunt?” Graham wondered.

“I do not consider Director Mueller to be on a witch hunt,” Wray said, after being pressed.

“Is Russia our friend or our enemy,” Graham asked next.

“I think Russia is a foreign nation we have to deal with very warily,” Wray said, while acknowledging that “in some situations,” they are our adversary.

Sen. Graham: “Is Russia our friend or our enemy?”
Wray: “I think Russia is a foreign nation that we have to deal with very warily.” pic.twitter.com/DWfhtUmKse